Possibility of Peace in Afghanistan Never More Real than Now, Next Step is For Afghan Govt to Meet Taliban: UN Envoy Yamamoto 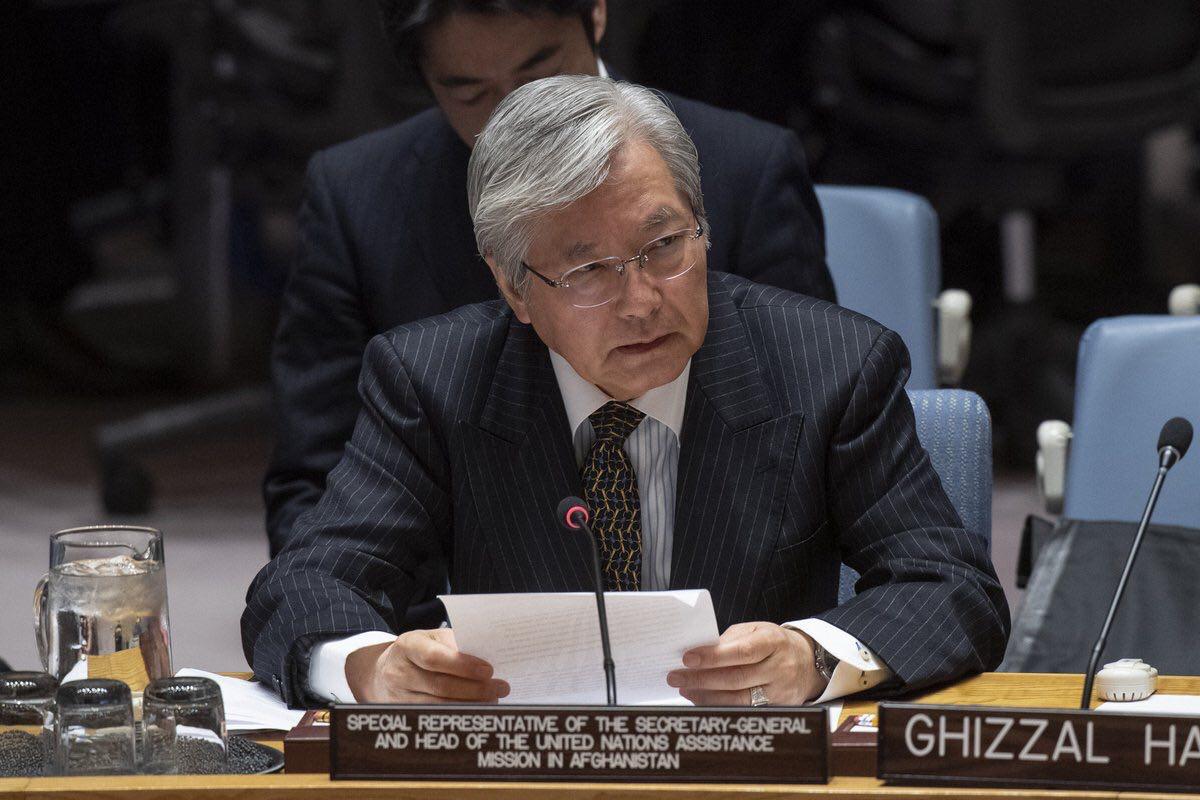 The UN’s top envoy in Afghanistan said in the United Nations Security Council meet on Monday that the possibility of a negotiated end to the conflict in Afghanistan has never been more real in the past 17 years than it is now.

Tadamichi Yamamoto told the Security Council that he is encouraged by several recent developments, including the appointment of a team to negotiate with the Taliban, the announcement of a peace advisory board representing a broad set of Afghan politicians and recent initiatives by key international partners.

“The key next step would be for representatives of the Government and the Taliban to meet, or at least to formally initiate what in mediation is referred to as talks about talks,” said the UN envoy, underlining the real possibility of a negotiated end to the conflict.

Yamamoto, the Secretary-General’s Special Representative for Afghanistan, said that with a shift to talks, it would be possible to begin to envisage the benefits of a stable Afghanistan, but cautioned that when adversaries begin to engage with each other, it is also a moment of risk. 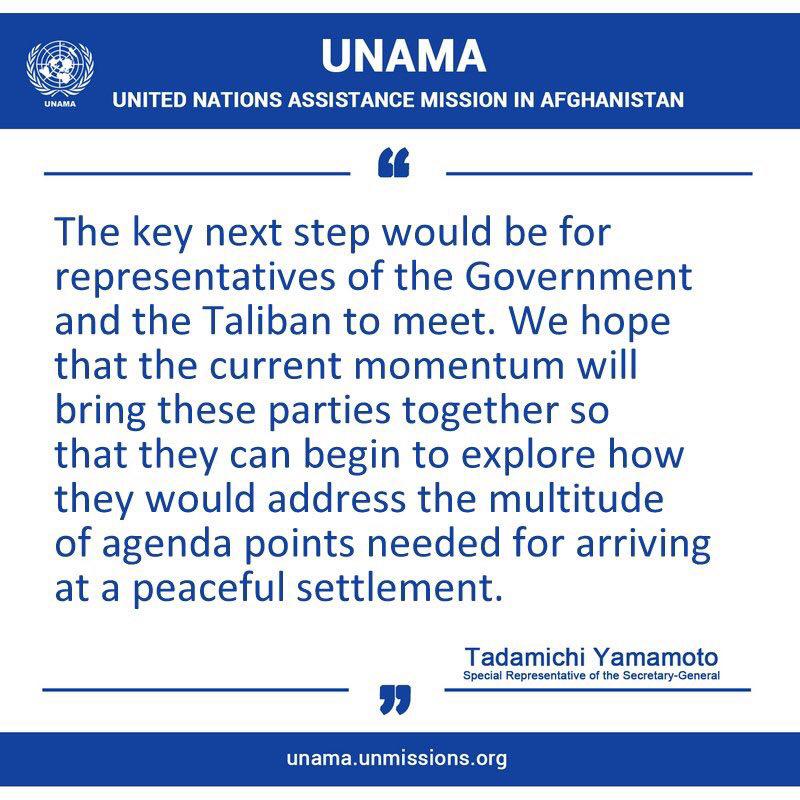 “For the sake of a peaceful future of Afghanistan, these opportunities must be fulfilled, and the risks managed,” he stressed, noting that actions on the battlefield can impact progress in any peace process and urging all parties to the conflict to consider carefully how they can reduce the levels of violence.

Yamamoto, who is also head of the UN Assistance Mission in Afghanistan (UNAMA), expressed hope that the current momentum will bring parties together so that they can begin to explore how they would address the multitude of agenda points needed for arriving at a peaceful settlement.

“I call upon the countries in the region, in particular, to contribute to creating an environment conducive to peace talks, allowing the people of Afghanistan to resolve their internal differences through negotiations,” said the UN envoy. “All international efforts, including those by regional actors and neighbours, need to be in concert and aligned with the Afghan-led and Afghan-owned peace efforts.”

In his briefing to the Security Council, Yamamoto touched on several other pressing issues, including the parliamentary and presidential elections, the continuing high numbers of civilian casualties, and the need to implement anti-corruption reform in the interest of economic development.

In closing, the UN envoy said it is important to mention the ongoing suffering that plagues a large proportion of citizens in Afghanistan. Despite progress on economic reforms, he said, the country remains one of the world’s poorest, and is blighted by climate change.

“Of most immediate concern are people struck by drought and violence, and the suffering of 4.5 million people needs to be alleviated,” he said. “I ask the international community for their immediate financial support to help people in need across Afghanistan.”

The above information was announced in a press release by the UNAMA.