President Ghani has issued an order in which the Uruzgan disaster is described as a “conflict between the tribes” and added that in order to investigate and resolve the recent conflict between ethnic groups in Uruzgan province, a delegation has been formed and soon will be dispatched to Uruzgan.

According to the presidential order, the delegation will be headed by Asadullah Fallah and include Maulawi Mohammad Jora Taheri, Maulawi Mahyuddin Baluch, Eid Mohammad Ahmadi, Mohammad Alam Rasikh and Maulawi Sayed Rahman Haqqani, who are among the presidential advisers, along with authorized representatives from the Ministry of National Defense, Ministry of Interior, National Directorate of Security, Attorney General’s Office and IDLG.

The presidential order goes on to say that the delegation is required to investigate into the conflict and resolve it, and then submit their findings and report to the presidency with a specific proposal. 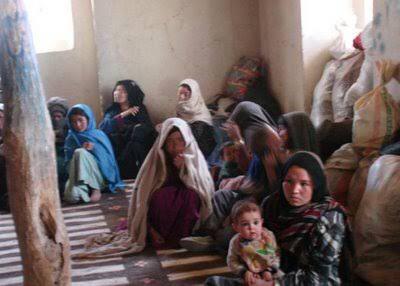 This comes after the Taliban reportedly invaded the Hazara inhabited areas of Uruzgan province more than a week ago, and as a result some civilians were killed and injured and dozens of families were displaced.

Activists in Ghazni reported that a number of Uruzgan disaster victims have taken shelter in parts of Malistan district of Ghazni province, which according to locals need urgent assistance, such as food and shelter.

The matter has also been discussed by the parliament for urgent attention when Wolesi Jirga Speaker Abdul Rauf Ibrahimi called the Uruzgan disaster a “humanitarian catastrophe”. On Thursday, Vice President Danish urged the people of Uruzgan to not surrender to the aggressors and defend their honour.