The head of US and NATO forces in Afghanistan Gen Scott Miller, in a first interview after taking charge as commander to NBC on Tuesday, expressed that despite his “aggressive” policy on the military front, the solution for Afghanistan still
lies in political means, not military.

Speaking from the Resolute Support centre in Kabul, Gen Miller said “My assessment is the Taliban also realizes they cannot win militarily. So if you realize you can’t win militarily at some point, fighting is just, people start asking why. So you do not necessarily wait us out, but I think now is the time to start working through the political piece of this conflict.”

“We are more in an offensive mindset and don’t wait for the Taliban to come and hit [us],” he said. “So that was an adjustment that we made early on. We needed to because of the amount of casualties that were being absorbed.”

Gen Miller has gotten rid of many levels of approval needed by the foreign troops that advise Afghan soldiers, enabling agility in movement and decision-making. 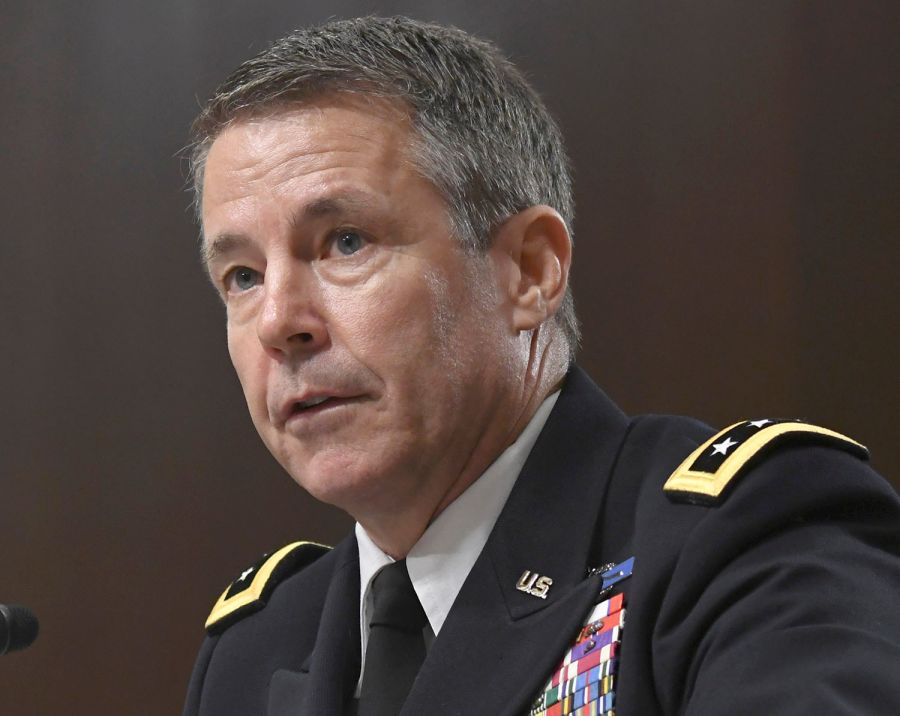 On IS-K, he expressed that they are more dangerous as they have some international agenda and have different capabilities, whereas for Al-Qaeda he said “Al Qaeda is the other group that we look at very closely. They are down but not out, and again it goes back to not just what’s happening here in Afghanistan, but what’s happening external to Afghanistan as they build their external networks.”

Talking about situation in Afghanistan right after witnessing the Kandahar assassination attack on Gen Raziq, the former police chief of Kandahar, Miller said “This is my last assignment as a soldier in Afghanistan. I don’t think they’ll send me back here in another grade. When I leave this time I’d like to see peace and some level of unity as we go forward.” Miller said peace here “makes it much easier to safeguard our vital national interests in the region”

For Gen Raziq, Gen Miller said “He knew he was at risk. We all know we’re at risk. It’s Afghanistan.”