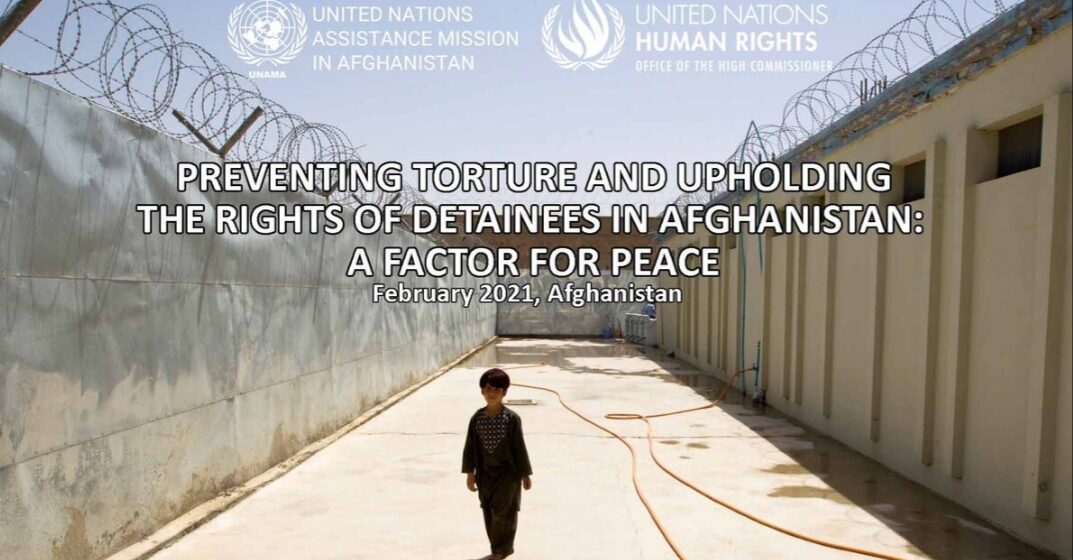 Allegations by detainees of torture in Afghan detention facilities continue at high rates with the procedural rights of those detained largely ignored, according to the latest bi-annual ‘Torture Report’ released today by the UN Assistance Mission in Afghanistan (UNAMA) and the Geneva-headquartered UN Human Rights Office.

Torture and ill-treatment, prohibited under both Afghan and international law, persist in the facilities of government agencies in Afghanistan, although UNAMA recorded a three per cent reduction in allegations compared to the previous monitoring period.

“Torture can never be justified. It has lasting consequences for victims, their families and society,” said Deborah Lyons, the Secretary-General’s Special Representative for Afghanistan. “I recognize the efforts made by some Government Ministries and Institutions, but much more needs to be done to bring this practice to an end. In particular, perpetrators must be held accountable. This would increase confidence in the rule of law and can be a contributing factor towards peace,” said the envoy, who is also head of UNAMA.

The report summarizes the findings of monitoring by the UN of the treatment of persons deprived of their liberty for security- or terrorism-related allegations between 1 January 2019 and 31 March 2020, when physical detention visits by the UN were suspended due to COVID-19.

It is based on interviews with 656 detainees, including 565 men, 6 women, 82 boys and 3 girls, in 63 detention facilities in 24 provinces across Afghanistan.

The report looks only at government facilities and not those of the Taliban or other anti-government elements, due to lack of access.

The percentage of credible allegations of incidents of torture and ill-treatment committed by the Afghan National Defense and Security Forces (ANDSF) was recorded at 30.3 per cent, down from 31.9 percent for 2017-2018.

The report highlights the important role played by internal mechanisms in preventing torture, especially NDS human rights officers visiting places of detention. Similarly, the efforts to prosecute the crime of torture under the 2018 Penal Code by the Anti-Torture Committee of the Attorney General’s Office are underscored.

Notwithstanding the incremental progress and efforts made by the Government of Afghanistan, it remains a matter of serious concern that more than 30 per cent of all interviewees provided credible and reliable reports of torture and ill-treatment.

The report also noted the disturbing reports of enforced disappearances allegedly linked to the ANP in Kandahar.

The report states that there remains considerable scope for improvement to safeguarding those rights. For example, in almost no instance of detention either by the ANP or NDS, were detainees informed of their rights, able to access a lawyer, or went through medical examination, prior to questioning by officials. Detainees’ ability to contact their families in early days after their arrests remained low, with 27.2 per cent in ANP custody and 19.7 per cent in NDS custody.

Among further concerns are that nearly half of all persons detained by the ANP and NDS assert that they were asked to sign or thumbprint a document without knowing its content. The report expresses particular concern with the practice of solitary and incommunicado detention in NDS custody.