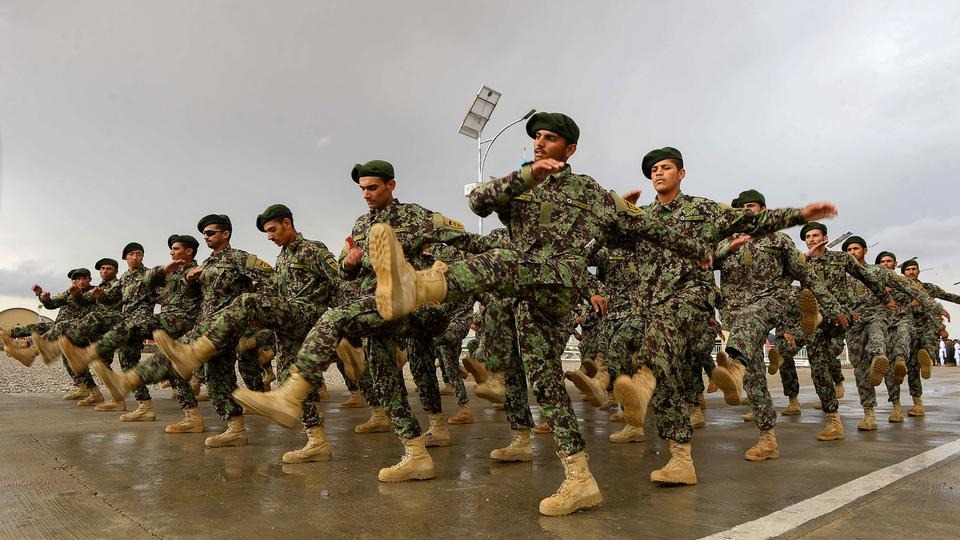 Kabul: The training of Afghan forces by the US military is possible in different countries after the foreign troops pullout from Afghanistan, said Chairman of the Joint Chiefs of Staff Gen. Mark Milley on Friday.

“There’s a lot of different options out there, and we haven’t settled on one of them yet,” Milley added at a joint press conference with Defense Secretary Lloyd Austin.

Also, there have been concerns about the safety of Afghan interpreters and others who helped US troops if the Afghan government falls to the Taliban. The United States has a program called the Special Immigrant Visa (SIV) program to allow those Afghans to come to the United States, but thousands of Afghans are facing a years-long backlog in processing their applications.

On Thursday, Milley said it’s “a moral imperative that we take care of those that have worked closely with us”, but he added that the Taliban takeover should not be a “foregone conclusion”. “It’s not a foregone conclusion, in my professional military estimate, that the Taliban automatically win and Kabul falls or any of those kinds of dire predictions,” Milley said, standing alongside Defense Secretary Lloyd Austin at a Pentagon briefing yesterday. “There’s significant military capability in the Afghan government, and we have to see how this plays out.”

Even as US troops withdraw, Biden has vowed not to allow terrorists to threaten the United States from Afghanistan, with the US military crafting plans for so-called “over the horizon” forces to be able to conduct counterterrorism missions from afar. Austin acknowledged that fighting without US military support “will be a challenge” for Afghan forces. “We will remain partners with the Afghan government and with the Afghan military, and certainly we hope through our continued support the Afghan security forces can be effective,” Austin stated.

The Afghan Air Force is also heavily reliant on US contractors for maintenance. All US contractors also are slated to leave the country in conjunction with the troop withdrawal, but Milley said talks are ongoing about whether any can be transferred to the control of the Afghan military to stay.

“But maintaining logistic support to the Afghan Air Force is a key task that we have to sort out doing it over the horizon, but also in country. It could be done by contractors,” Milley added.

European allies too are pushing the US to delay its withdrawal from Afghanistan—which US officials had suggested could be complete by as early as July 4—to give NATO allies more time and support to leave, US officials said.

President Biden last month ordered complete pullout by September 11, but the Taliban considered the extension of the deadline of May 1 a violation of the Doha agreement and warned of violent consequences. Ever since the withdrawal started on May 1, violence has been on the rise in the country and adding to the complex equation, Turkey, which for years has secured the airport in Kabul, has told the US and NATO that its troops may leave as well. This could mean that embassies may look at closing down in the absence of an international force at Hamid Karzai International Airport, officials said.

The US has warned the Taliban that any attack against the US or its allies as they pack up to leave will be met with a swift and punishing response. Six B-52 bombers, an aircraft carrier, and additional special operations troops have been moved into the region to back up the threat. The US has also sent additional troops and capabilities to the Middle East to boost security for the withdrawal of American and coalition forces from Afghanistan.

The increased support includes 12 fighter bombers. “We’re going to do everything that we can to make this drawdown deliberate, orderly and safe and to protect our people and our partners,” Austin said.

He added: “To date, we have closed one base in Helmand; approximately 60 C-17 equivalents have departed with various equipment and rolling stock; and over 1,300 pieces of equipment, have been transferred either to the Defense Logistics Agency for destruction or to the ANSF for their use.”

While there have been no attacks against US and partner forces, Gen Milley said “there continued to be sustained levels of violent attacks” from the Taliban against the Afghan National Security Forces. “There have been about 80 to 120 enemy-initiated attacks a day for the past year,” he said.

However, despite such tall claims, Taliban has reportedly started taking over certain areas in Afghanistan already. US Senate Majority Leader Mitch McConnell called the removal of US and NATO troops from Afghanistan a “mistake” on Thursday and predicted that the Taliban will regain control.

“I think it’s important to remember why we went there. I think there’s a higher likelihood that the Taliban will be back in control of the country, maybe as early as the end of the year.”

McConnell argued that the war in Afghanistan should not be designated an “endless war” as the US has been engaging in counter-terrorism security measures there, rather than combat-based strategies in recent years.

While most members of the US Congress have backed the decision to remove troops from Afghanistan, some across both sides of the aisle have deemed the move a mistake.