The UN Office on Drugs and Crime released their report on Afghanistan Opium Survey for 2018 which concedes that there has been a sharp drop in cultivation of opium poppy.

There has been a decline of 20% in the met opium poppy cultivation from 2017 to 2018 as per the survey. In terms of area, eradication of cultivation is a total of 406 hectares. 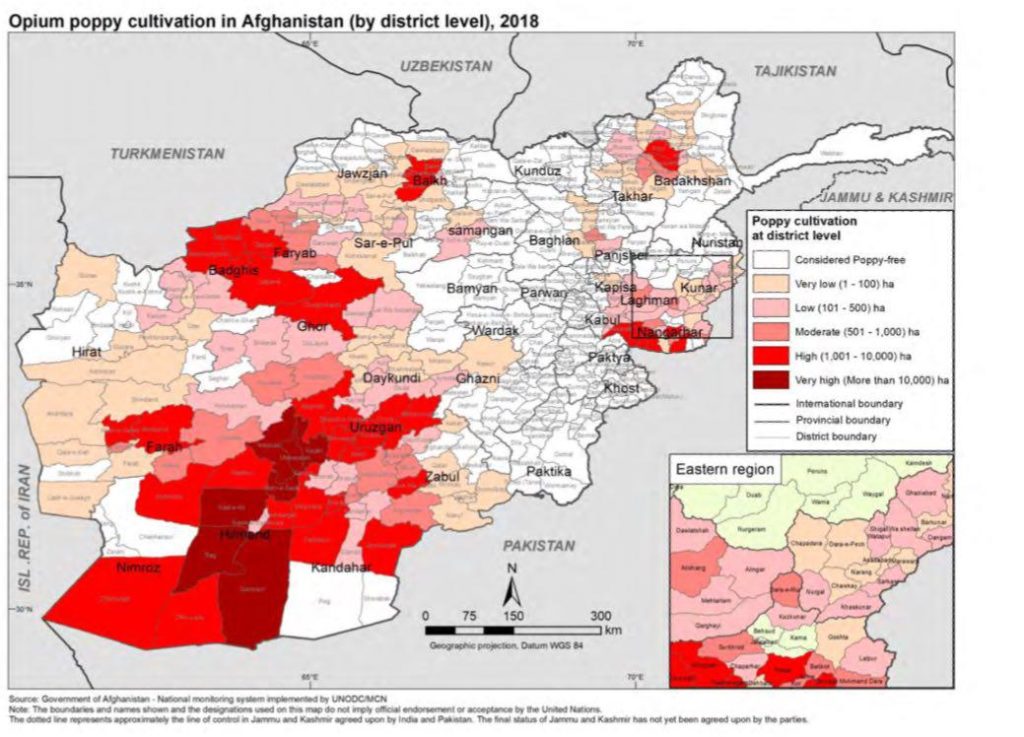 But this is not to say that opium cultivation of Afghanistan has become low, it still stays at high levels as pointed out by UN as well as the quarterly report of US Special Investigator General for Afghanistan Reconstruction (SIGAR).

However the 20% drop means that potential opium yield and production has also declined for 2018 which in turn might lead to decrease in potential production of heroism from Afghan opium.

Because of all these factors, even farm-gate prices of the opium, have hit at an all time low at $76/kg.

The drop has however been attributed more towards drought.