US President Donald Trump and China’s Xi Jinping finally agreed to suspend any new tariffs in the escalating ‘trade war’ between the two countries.

Following more than two hours of dinner talks between the two leaders on Saturday, the White House confirmed an increment in tariffs from 10 to 25 per cent which due to be implemented on Jan 1, has now been agreed to be put on hold, providing room for intense negotiations.

The two leaders considered their meet to be a “highly successful meeting,” according to the White House statement. 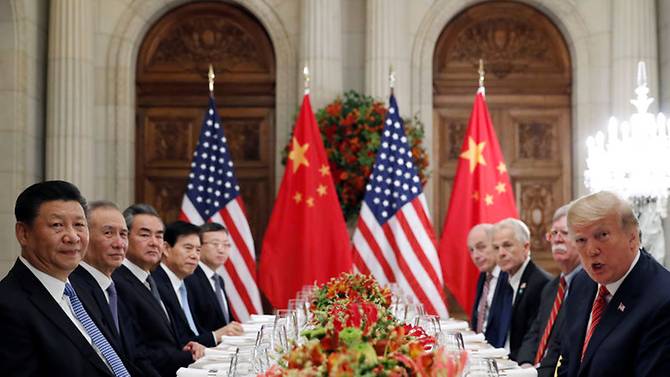 “The principal agreement has effectively prevented further expansion of economic friction between the two countries and has opened up new space for win-win cooperation,” said Chinese Foreign Minister Wang Yi.

The agreement so reached is only partial, however. Some US$50 billion worth of Chinese imports already face 25 per cent tariffs while the 10 percent tariffs, which target a massive $200 billion in goods, will also remain in effect.

Meanwhile, China has targeted $110 billion worth of US imports for tariffs.
If there is any further retaliation, Trump has warned, he will slap punitive duties on the remaining $267 billion in Chinese goods coming to the United States.

The agreement also includes an ultimatum of 90 days-The White House made clear that the 10 per cent tariffs would still leap up to 25 per cent if China doesn’t meet US demands in 90 days.

Demands expected to be fulfilled from China include China stopping a host of trade barriers, intellectual property theft and other actions that Washington say make fair trade impossible.

Trump after the meet conceded that “This was an amazing and productive meeting with unlimited possibilities for both the United States and China. It is my great honor to be working with President Xi,” he said in a statement.