Russia said on Monday that the Taliban have secretly met with US in as many as 10 rounds of talks with the United States, other than the officially announced ones. This has been reported by VOA News.

So far only two publicly known meetings were in the light in which U.S. officials met with the representatives of Taliban. 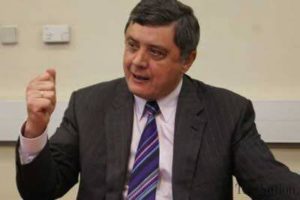 The last official contact was when special representative for Afghanistan reconciliation, Zalmay Khalilzad, led the U.S. team and met with Taliban in Qatar.

“We have been told they (the Taliban) held around 10 secret consultations with Americans. This is a normal process when countries, and we want to believe in this, are trying to stimulate both parties, the Taliban and the Afghan government, to sit on the negotiating table without prerequisites,” said Russian presidential envoy Zamir Kabulov.

Last week, US envoy Khalilzad began his second visit to Afghanistan, Pakistan, Qatar and the United Arab Emirates to push his peace mission. He will be in the region until November 20.