US’s senior leaders of the Trump administration have claimed and shown evidence of Iranian support to the Houthis of Yemen and other militant groups in the region.

This is a part of ongoing efforts by leaders in Trump administration to halt US’s support to Saudi Arabia in Yemen.

On Wednesday, defense officials showed US’s CNN agency, pictures of missiles and drones that is claimed to have been supplied by Iran to Houthi rebels fighting the Saudi-led coalition in Yemen. 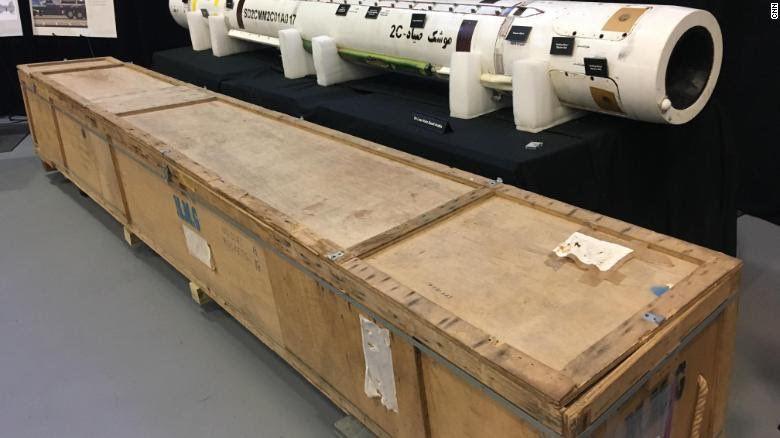 This comes as a part of the Trump administration’s perseverance to put pressure on Iran. It includes the recent reimposition of various sanctions on Iran which were previously removed by Trump’s predecessor in White House, Barack Obama.

It was reported that “The officials believe the Houthis to have fired at least eight such missiles into Saudi Arabia since July 2017. The missile’s guidance components indicated an Iranian origin, and they also showed reporters that imagery from the inside of the missile featured a quality assurance sticker that bore the markings of an Iranian state-owned manufacturer, Shahid Bagheri Industries”.

US Defense officials have also accused Iran of supplying small arms to militant groups in Afghanistan, Bahrain, Iraq, Syria and Yemen and that such arms had been discovered “in Afghanistan, Yemen, en route to Yemen, and in the hands of Shia militias in Bahrain.”