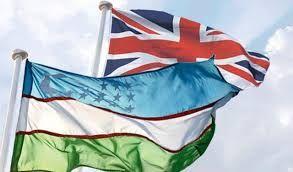 Efforts of Uzbekistan and the United Kingdom to resolve the Afghan crisis, as well as early launching of peaceful inter-Afghan negotiations, were discussed at the meeting.

The British side highlighted Uzbekistan’s role in political solution of Afghan crisis.

The sides also exchanged views on the priority areas of Uzbekistan – British cooperation in recovering Afghanistan’s national economy, implementation of various infrastructure projects in the country.