The statement pointed how the UN has welcomed Afghanistan’s human rights achievements, including the work of the Afghanistan Independent Human Rights Commission, creation of new laws that empower media through access to information, the development of a new Penal Code akin to fundamental freedoms, and the presence of women in civil service positions and in the private sector.

“While Afghanistan has achieved much in human rights, the challenges remain daunting, especially as a result of the ongoing armed conflict and fragile security environment that continue to cause persistent high numbers of civilian casualties,” said Tadamichi Yamamoto, the UN Secretary-General’s Special Representative for Afghanistan. 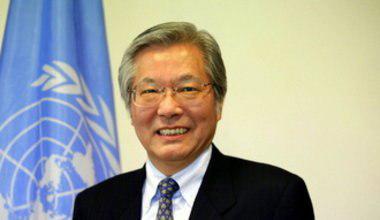 The statement assured that the United Nations remains committed in working closely with all aims to overcome challenges of Afghanistan including a justice system that is able to fully implement all new laws and the constitutional provisions that guarantee women’s rights and the elimination of violence against women.

“Combating impunity and redress for victims of human rights abuses must be prioritized, as accountability for human rights abuses establishes necessary foundations for a just society,” said Yamamoto, who is also head of UNAMA. “Protecting human rights relies on implementing laws so the most vulnerable are genuinely shielded from abuse.”

The United Nations also encouraged the fulfilment of Afghanistan’s broad-ranging commitments and pledges to continue to promote human rights and reinforce its national protection system.

“Human rights is at the heart of the work of the United Nations and is core to its activities in Afghanistan where we are privileged to work in support of the Afghan people,” said Yamamoto. “The values enshrined in the Universal Declaration of Human Rights are especially important to protect in the context of any future peace negotiations; any setbacks in human rights are simply unacceptable and can compromise the sustainability of peace processes.”

On 10 December each year, the UN carried out 16 days of activities aimed at raising awareness about ending violence against women, and thus the United Nations observes Human Rights Day by recognizing achievements made since the adoption of the Universal Declaration of Human Rights, which was “conceived as a framework to foster peace, promote understanding of the inherent dignity and equal worth of all members of the human family and protect individuals from state tyranny and abuse”.