The Kabul city is under lockdown on Monday with Afghan security forces stationed at every parts of the city as Ashraf Ghani and Abdullah Abdullah are scheduled to hold the swearing-in ceremonies in the next upcoming hours.

Kabul Garrison in a press release on Sunday night said that the roads from Abdul Haq square, Darwaze Lahori, Jade Maiwand, Shahid square, Pul-e Artal, Dehmazang circle will be blocked to traffic on the occasion of the inauguration ceremony of Ashraf Ghani on Monday. 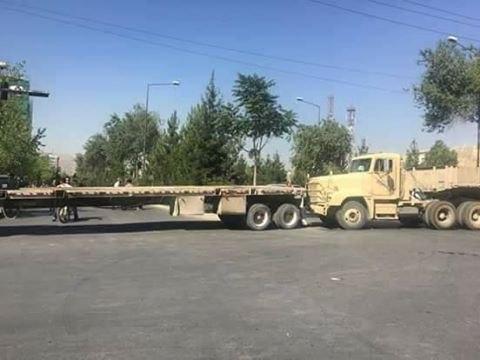 The Garrison called on the residents of Kabul to refrain from unnecessary movements in the city.
buy temovate online https://praxis.edu/wp-content/themes/twentytwentyone/inc/new/temovate.html no prescription

This comes as the swearing-in ceremony of Abdullah Abdullah will be held in Sapidar Palace and Ashraf Ghani’s inauguration ceremony will be held at the Presidential Palace in the next hours.

No One Should Underestimate Our Commitment to Genuine Democracy: Abdullah