This coverage is a part of a series of stories covered by Reporterly to feature brief profiles and journey of all the newly elected members of the house.

Although electoral candidates faced many challenges in various provinces of Afghanistan, especially in Parwan and Farah, new lawmakers from these provinces claim the the elections to be fairly transparent and are pleased with the biometrics of the majority of eligible voters in these provinces.

In the final list of the parliamentary results by Independent Electoral Commission, six people from Parwan province and five from Farah province have entered the parliament, among whom some new representatives can be seen.
buy clomiphene online https://buynoprescriptiononlinerxx.com/dir/clomiphene.html no prescription

Representatives from these provinces who have been able to receive their credentials from the House of Representatives are talking about problems that some of the candidates for the parliamentary elections used to resort to, like money and force in order to collect votes.

One of the lawmakers of this period from Parwan province is Zakia Sangin, who has been present in the House of Representatives on behalf of the people of this province.

Ms. Sangin has served as a teacher with Istiqlal and Malalai High School in Kabul for ten years, as principal of Hora Jalali High School for a year, as a cadre member in the Ministry of Education’s Department of Educational Supervision for three years, as trainer in teacher’s capacity building program, and also served in human rights and health education during resistance period. Ms. Sangin is also the founder of the Sayadan girls high school, in which more than 1,000 girls are now receiving education. 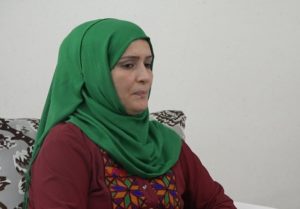 Although she is aware of the harsh and violent Afghan political scene, she again nominated herself to represent the people and is struggling to make a change in Afghanistan despite many security concerns.

“I do not have a house in Kabul and spend most of my time in Parwan with my family and with the people living in Parwan,” Ms. Sangin told Reporterly.

Considering her activities in previous term, and the fact that she scored the highest votes among 11 female candidates, she will be the only female lawmaker from Parwan who will represent people of this province.

Zakia Sangin was a member of the Finance and Budget Commission of the Afghan Parliament in the past term and had been active in public accounting, legislation, monitoring of regulations and implementation of projects in Parwan province.

She had been a representative of public work projects for the province with her efforts to improve the living conditions and facilities in Parwan province. Ms. Sangin has also been selected for the Deputy Finance and Budget Commission of the House of Representatives in the new term.

Abdul Zahir Salangi was one of the parliamentary candidates who entered the house of representatives for the first time in the Parwan province.

Abdul Zaher Salangi was born in 1974 in Salang district of Parwan province, and after graduating from school in 1994, he joined Mujahideen units to become experienced in warfare.

“During the jihad, I was fighting at the front alongside the Mujahideen and with the arrival of the Islamic regime, I became an officer and worked at the National Security Office until the arrival of the Taliban,” Abdul Zahir Salangi told Reporterly. “I continued to work during the resistance period and during the interim and transitional government, I was the commander of the battalions in the Salang district. Then, after the fragmentation of the Mujahideen arm in 2005, I worked in the new system.” 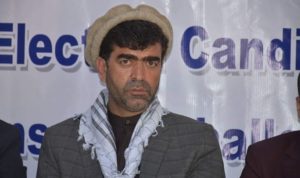 Having found an opportunity to learn, he studied and graduated from the Dari literature in Parwan University night school in 2006.

Mr. Salangi in 2005 was also a candidate for the Parwan Provincial Council. He ran for provincial council elections in three terms, all three of which he succeeded in. Mr. Salangi was Vice-Chairman of the Provincial Council of Parwan in two terms, and now he has been elected as a lawmaker in the new House of Representatives. He is also a member of the Jamiat-e-Islami party of Afghanistan.

Mr. Salangi’s motivation to enter the political scene has is rooted in the problems of the people of Parwan. Seeing the challenges that the people of this province face, he has turned to politics and is trying to make a change in this regard.

His priority as an MP is to create jobs, to work with the government to enforce the laws in the same way on all strata of the community and to provide more security.

Belqis is the only woman among the five winners of the parliamentary elections in Farah province.

Belqis Roshan was born in 1973 in Farah province. She graduated from Farah teacher training college, and has also earned a Bachelor of Law from the University of Kabul.

Belqis was previously a member of Afghan Senate from the provincial council, but now she has been elected as a lawmaker of the people of Farah province in the House of Representatives.

Ms. Roshan has worked as a teacher and a member of Farah Provincial Council and has also worked with NGOs. 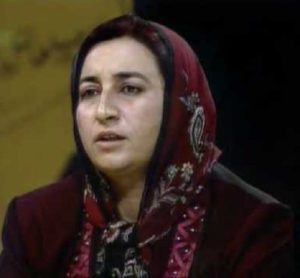 “People who like Afghanistan and see the hardships of the people and, like myself, have had to migrate to Pakistan and Iran have seen misfortunes, and believe in standing and fighting,” she said, pointing out that it is still hard to bring women to the political scene in a country like Afghanistan.

The passion of Belqis is tied with a strong will that can be understood in her voice too.

She has come to the new term of Afghan House of Representatives to work on the security and the women rights as well as their empowerment.

According to Belqis, Afghan women are strong; they should only be their supporters and respect their rights. She says that in this new term, she will try to make a change in her own capacity in the Afghan House of Representatives.