Interior Ministry spokesman, Najib Danish, while addressing a joint press conference at the Government Media and Information Center (GMIC) today, said that more than 15,000 police forces have been commissioned to secure polling centres and stations and vulnerable corners of Kandahar.

Danish added that security situation in the center and districts of Kandahar is under control and there has not been any movement from the insurgents. 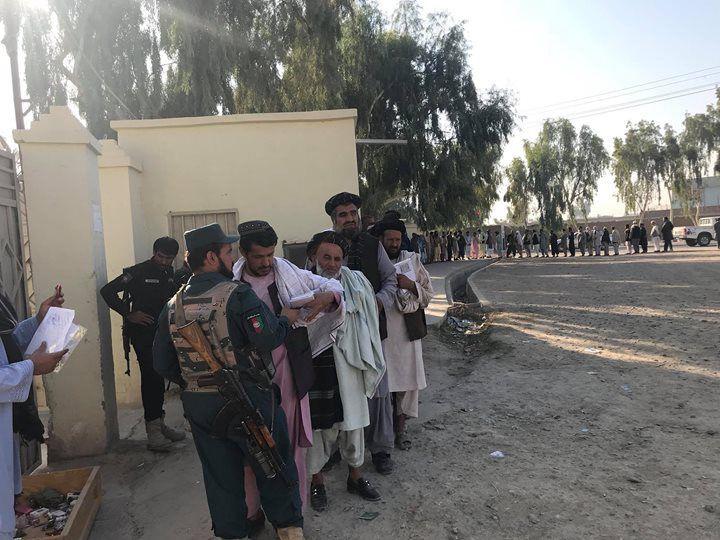 He added that 260 women have been tasked with the search and lining the women’s voters.

According to a statement issued by GMIC, the parliamentary elections in Kandahar have been delayed for a week. 173 centres with 1113 stations in the city and 15 districts of Kandahar have been opened since 7 am this morning.
According to the IDLG spokesperson, there is a smooth coordination between the Kandahar Provincial Office and the IEC officials, and voters turnout is considerable.