“Most of the women’s polling stations in Arghandab district were closed. For example, in the Kohak School and a number of other center, the polling stations were completely closed,” said Mohammad Yar Yar, a local correspondent in Kandahar.

According to him, only in Abdul Wase high school, women have had a considerable turnout, but in other polling centers, either the women’s stations were closed or the turnout was insignificant. 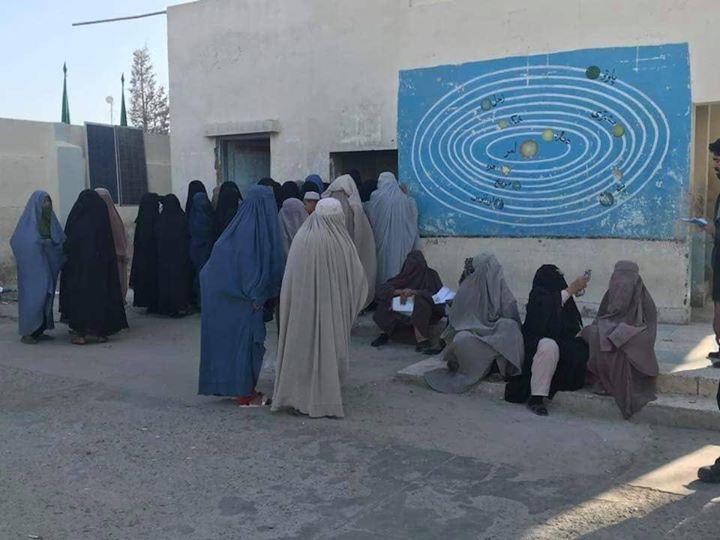 Mr. Yar emphasizes that at the men’s stations in this district, there has been regular and transparent polling than most of the other districts and nearly all centers have been opened.

“There were no biometrics and voters list problems in the district, the turnout was high today, it has however dropped currently. It is possible that the voting process in the district will be completed in time. ”
However, Arghandab district chief, Sharif Ahmad Rasuli, confirms to Reporterly that out of the total of 16 polling stations in the district, the ballot papers run out for a few moments, but according to Mr. Rasuli, the challenge was addressed by the electoral staffs.