Kabul: In a meeting with Abdullah Abdullah, chairman of the High Council for National Reconciliation (HCNR) on Saturday, Zalmai Khalilzad, the US special envoy for peace in Afghanistan, said that the United States’ fully supports Afghanistan’s peace efforts. He added that his country would stand by the Afghan government and its people in peace and post-peace efforts.

In the meeting, which was held at the Sapidar Palace at noon, a number of political and jihadi leaders of the country were also present. Khalilzad also said that the world expects Afghanistan to go to the Istanbul summit with a single plan. Khalilzad arrived in Kabul on Saturday morning and also met President Ghani at the Presidential Palace. His visit to Kabul comes as the Istanbul Summit on Peace in Afghanistan is scheduled to take place in the next few days.

“The United States and the world want to accelerate the peace process and make the most of the opportunity to end the war and establish lasting peace in Afghanistan,” Khalilzad was quoted as saying by Saidar. 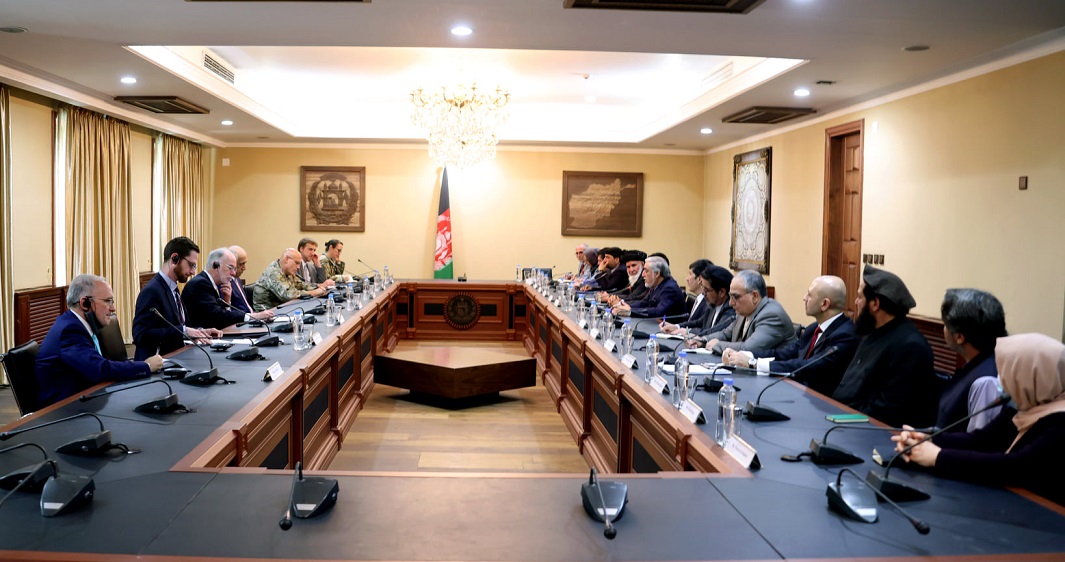 Meanwhile, Abdullah Abdullah praised the efforts by the US to achieve peace and said that Afghanistan is committed to achieving a just and lasting peace.

Abdullah also said that the country is ready to participate in the Istanbul Summit and the High Council for National Reconciliation, as a great national umbrella, is working to lead and manage peace in this direction.

“The council has taken important steps in unifying the varying views, and the country will attend the Istanbul summit with a common plan and vision,” he added.

As per reports, the Summit is scheduled to be held on April 16, according to an agreement between the United States, the United Nations and Turkey. The meeting is scheduled to discuss the political future and the transfer of power in Afghanistan.

Kabul: The Ministry of Public Health (MoPH) on Saturday reported 16 new positive cases of the…