Kabul: In a major breakthrough, Fereydoun Khozoon, spokesperson for the High Council for National Reconciliation (HCNR) on Sunday announced that the Committee for the drafting and Unification of Plans has finalized the draft peace of the republic system and has submitted it to the chairman of HCNR.

He did not give further details about the plan, but added that the chairman Abdullah Abdullah called the finalization of the peace plan a very difficult task.

The draft will be the unified document which will be presented by Afghanistan at the Istanbul Summit after it gets approval from the leadership committee of the HCNR. Earlier, the High Council for National Reconciliation had received 30 proposals from various individuals and parties, including President Ashraf Ghani’s three-phased peace roadmap. 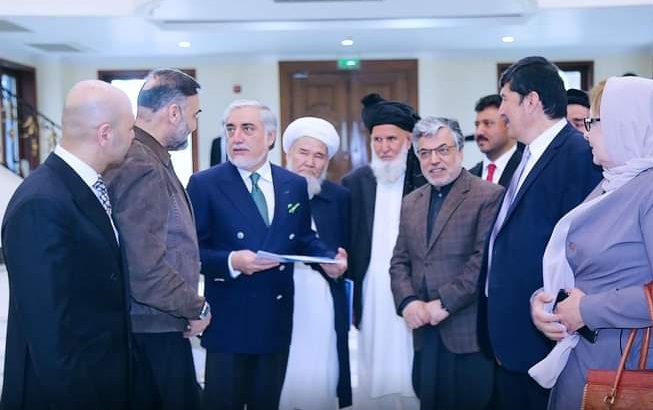 Zalmai Khalilzad, the US special envoy to Afghanistan also stressed in a meeting with Abdullah Abdullah on Saturday that the world expects the Islamic Republic of Afghanistan to participate in the Istanbul meeting with a single plan.

The announcement comes close on the heels of the statement by the Afghan vice-president Amrullah Saleh that the Turkish Summit is likely to convene this week.
buy xenical online https://www.gcbhllc.org/files/new/xenical.html no prescription

World leaders, the United Nations, the Taliban and other stakeholders are expected to meet in Istanbul on April 16 to discuss the peace roadmap for Afghanistan and possible ceasefire in the region. President Ghani too, while emphasizing that there is no shortcut to peace and that the peace process cannot be carried out in a hurry, said on Sunday that his plan to move beyond a state of war to just and lasting peace in the country is very clear.
buy azithromycin online https://buynoprescriptiononlinerxx.net/dir/azithromycin.html no prescription

Meanwhile, the US special envoy to Afghanistan, Khalilzad has also been busy with rally meetings to get views of various stakeholders on the Afghan peace process.