Kabul: The International Federation of Journalists has welcomed the arrest of 11 Taliban members on April 7, who were arrested by the Afghan police for their suspected role in a series of targeted killings, including that of journalist Yama Siawash.

The organization has also sought justice for the victims in accordance with the rule of law.

Acting on a tip-off, the Kabul police located and arrested 11 members of a Taliban cell, including Abdul Saboor, the main commander of the group. According to Afghanistan’s First Vice-President, Amrullah Saleh, a stash of ‘sticky bombs’ and Improvised Explosive Devices (IEDs) were found in the group’s hideout during a police search.
buy vidalista generic newonlineandblo.com/vidalista.html over the counter 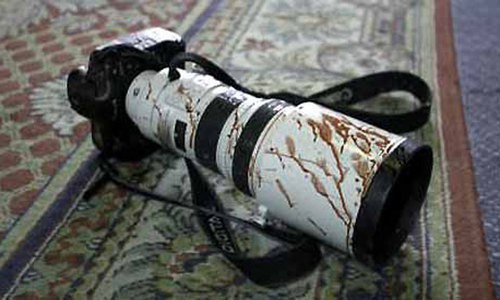 Eight of the Taliban group members were arrested in Kabul and another three were arrested in the Logar and Laghman provinces. Following the arrests, the Interior Ministry presented the arrested suspects before the media on April 8. Nine of the suspects confessed their involvement in a series of targeted murders.

Saboor was reported to have confessed to plotting the murder of Yama Siawash. However, Siawash’s family rejected the claim that the perpetrators of Yama Siawash’s killing had been arrested and said the government must produce plausible evidence in connection to the murder.

Journalist Yama Siawash was killed on November 7, 2020, in a targeted explosion in the Makrorayan-e-Char area of Kabul.

According to the IFJ killed list report 2020, nine journalists and media workers were murdered in 2020 in Afghanistan. Targeted killings of journalists, right activists, religious leaders and civil society activists have become more frequent in recent months as violence escalates in Afghanistan despite ongoing peace talks with the Taliban.