Kabul: The Istanbul Summit will bear no resemblance in terms of “content and mission” to the Bonn Conference held in Germany in 2001, clarified Afghan First Vice-President Amrullah Saleh on his social media page on Monday.

“We read and analyze the views of our dear and peace-loving people, both critical and supportive, and what we have presented as a plan is an extract of their demands,” he wrote.

Saleh in the post called the Turkish summit a “rare and important” opportunity to turn the “atmosphere of war” into an “atmosphere of discourse and understanding”.

According to Saleh, the importance of this meeting is that all countries of the world that are interested in or involved in the case of Afghanistan, closely support and monitor it. “In the Turkish summit, those who fear peace and interaction with the people will face domestic and international judgment,” the first vice-president said. 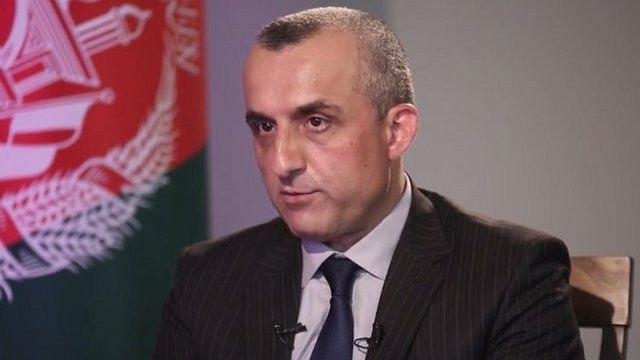 “The central pillar of the Islamic Republic of Afghanistan’s plan is to find a solution that the people will implement and support, and that there will be no panic or anxiety in any part of the country about why it is being debated,” said Saleh.

Saleh concluded by emphasizing that the version of peace must have the approval of the “heart and mind” of the Afghan people through its specific channel, the Loya Jirga and the elections.

The Istanbul Summit is scheduled to take place in the coming days. This meeting is considered crucial for Afghanistan. Abdullah Abdullah, head of the High Council for National Reconciliation, said that he has received the final draft of the peace proposal from the sub-committee of the Leadership Committee of the reconciliation council on Sunday. The Afghan vice-president Amrullah Saleh also announced that the Turkish Summit is likely to convene this week. World leaders, the United Nations, the Taliban and other stakeholders are expected to meet in Istanbul on April 16 to discuss the peace roadmap for Afghanistan and possible ceasefire in the region. President Ghani too, while emphasizing that there is no shortcut to peace and that the peace process cannot be carried out in a hurry, said on Sunday that his plan to move beyond a state of war to just and lasting peace in the country is very clear.
canadian pharmacy gaetzpharmacy.com no prescription