Kabul: In the run-up to the Istanbul Summit, scheduled to be held on April 16, Deborah Lyons, head of the United Nations Assistance Mission in Afghanistan (UNAMA), spoke to President Ashraf Ghani and some Afghan officials about the preparations for the Turkish summit.

In the meeting with President Ghani, Lyons stressed on the “urgent need to end the violence through a political agreement”. The UNAMA head said that the political agreement should “meet the aspirations of all Afghans, including women”. 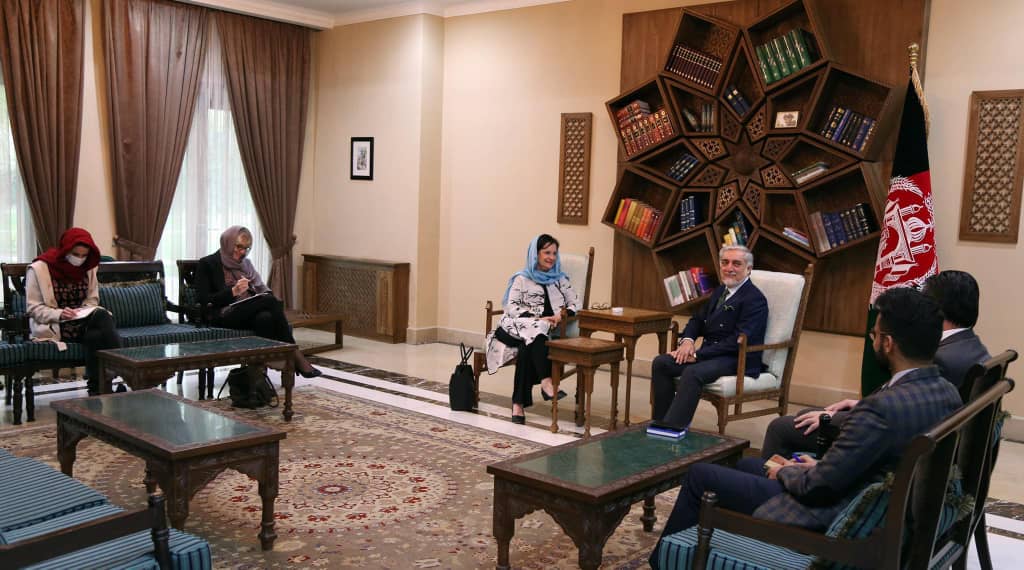 According to the UNAMA statement, Abdullah called on Lyons to “take part in the latest efforts to end the war in Afghanistan and to work for a common vision among Afghan leaders at the Istanbul Conference”.
buy grifulvin online www.mydentalplace.com/wp-content/themes/twentytwelve/inc/en/grifulvin.html no prescription

The two sides stressed on the fact that the voices of women, youth, victims and members of civil society should be heard at the meeting.

Meanwhile, Abdullah Abdullah, head of the High Council for National Reconciliation, said that he has received the final draft of the peace proposal from the sub-committee of the Leadership Committee of the reconciliation council on Sunday. The Afghan vice-president Amrullah Saleh also announced that the Turkish Summit is likely to convene this week. World leaders, the United Nations, the Taliban and other stakeholders are expected to meet in Istanbul on April 16 to discuss the peace roadmap for Afghanistan and possible ceasefire in the region. President Ghani too, while emphasizing that there is no shortcut to peace and that the peace process cannot be carried out in a hurry, said on Sunday that his plan to move beyond a state of war to just and lasting peace in the country is very clear.