Kabul: The progress made in the field of women rights and civil society in Afghanistan since 2001 is at risk if the United States makes a hurried withdrawal from the country, are some of the concerns voiced by bipartisan US lawmakers and Afghan women’s rights activists.

President Joe Biden had recently hinted that meeting the May 1 deadline for US troops to leave the country as dictated in the deal the Trump administration signed with the Taliban is difficult logistically. However, there are fears that if the US withdraws troops before the conditions on the ground are right — regardless of the date on the calendar — there will be a sharp and possibly catastrophic backslide.

“Today women in Afghanistan have a very special place. They are stronger than ever and they have achieved what has never been achieved before: they cannot be ignored. They will not be ignored,” Fatima Gailani, an Afghan women’s rights activist and one of the four women on the Afghan government’s negotiating team, said at a recent congressional Women, Peace, and Security Caucus virtual discussion. 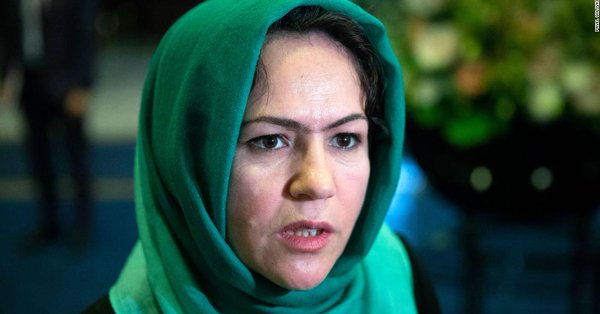 This comes even as Shaharzad Akbar, Chairperson of Afghan Independent Human Rights Commission (AIHRC), in a series of tweets expressed regret on the ongoing peace process saying that the consultations seem to be happening mainly with male political leaders on April 7, Human Rights Watch too stated that women should have full participation in the talks between Afghan government officials, opposition political leaders, and the Taliban under United Nations auspices.

Fawzia Koofi, one of the other women on the government’s team for talks with the Taliban, recalled that “in 2001, when the Taliban government was thrown out of power, I along with thousands and millions of Afghans could walk in the streets of Kabul freely without the fear of being whipped or beaten up for what I wear.”

“Afghanistan has transformed and we have all invested blood and treasure to bring Afghanistan to where it is,” she said.

World leaders, the United Nations, the Taliban and other stakeholders are expected to meet in Istanbul on April 16 to discuss the peace roadmap for Afghanistan and possible ceasefire in the region.