Kabul: In a press briefing on Tuesday, the Us administration announced that US President Joe Biden plans to have all American troops as well as their allies out of war-torn Afghanistan by September 11 2021, which marks the 20th anniversary of the 2001 terrorist attack on the twin-towers in New York.

“After a rigorous policy review, President Biden has decided to drawdown the remaining US troops from Afghanistan and finally end the US war there after 20 years. We will begin an orderly drawdown of the remaining forces before May 1 and plan to have all US troops out of the country before the 20th anniversary of 9/11,” a senior White House administration official said.

The decision comes after a review of the Afghan policy, even as the world is gearing up to see the outcome of the Istanbul Summit, likely to take place on April 26 with the Afghan government and the Taliban with various stakeholders at the negotiating table.

“We went to Afghanistan to deliver justice to those who attacked us on September 11 and to disrupt terrorists seeking to use Afghanistan as a safe haven to attack. We believe we achieved that objective some years ago. We judged the threat against the homeland now emanating from Afghanistan to be at a level that we can address it, without a persistent military footprint in the country and without remaining at war with the Taliban,” the official added. 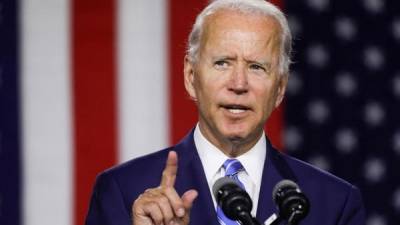 Speaking on the condition of anonymity, the official said, “We have long known that military force would not solve Afghanistan’s internal political challenges; would not end Afghanistan, internal conflict. We will focus our efforts on supporting the ongoing peace process.”

The US, the official said, will coordinate with NATO allies and partners about a drawdown of their forces in the same timeframe beginning before May one ending before the 20th anniversary of September 11.

However, the Taliban had warned the US if the May 1 deadline of withdrawal of troops is not met, then they will escalate violence in the country. To this the official responded by saying, “We have told the Taliban in no uncertain terms that any attacks on US troops as we undergo in safe and orderly control will be met with a forceful response.”

Over the past few weeks, Afghanistan has been witnessing a surge in violence and also attacks on Taliban hideouts by the Afghan security forces. According to the official, Biden was adamant that a hasty, ill-coordinated withdrawal that puts at risk US forces and those of its allies and operational partners is not a viable option.

The official added that the US will also look to work with other countries using diplomatic, economic and humanitarian tools to protect the gains made by Afghan women. We will encourage any future government in Afghanistan to expand the sources for refugees and internally displaced peoples. This comes as there are growing concerns of underrepresentation of women and other stakeholders in the Turkish summit.

The Afghan government is ready with a unified peace roadmap to be presented at the Summit, however, the Taliban had rejected the April 16 date of the conference on Sunday.