Kabul: A US report on global threats issued on Tuesday said that US intelligent agencies are not keen about the chances of a peace agreement between the Taliban and the Afghan government for the coming year.

The intelligence agencies have warned that the Taliban believes it can successfully use force to shape the political reality on the ground. “Kabul continues to face setbacks on the battlefield, and the Taliban is confident it can achieve military victory,” according to the report from the Office of the Director of National Intelligence (ODNI).

This comes even as the United States has announced that it will withdraw its troops from Afghanistan by September this year. Following the US announcement, Western media quoted sources as saying that Britain and NATO would also withdraw their troops from Afghanistan by September.
buy caverta online https://isid.org/wp-content/themes/twentytwentyone/inc/new/caverta.html no prescription 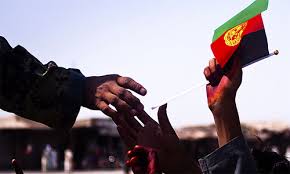 The US, UN and Qatar are planning a peace summit in Istanbul with the Afghan government and the Taliban to chalk out a future roadmap for the country. Taliban has refused to participate in any peace talks till the troops have been withdrawn, while the Afghan government is ready with a unified peace plan for the April 26 summit.

Afghan security forces “remain tied down in defensive missions and have struggled to hold recaptured territory or reestablish a presence in areas abandoned in 2020,” the report added. “The Taliban is likely to make gains on the battlefield,” it added, cautioning that “the Afghan government will struggle to hold the Taliban at bay if the coalition withdraws support.”

Meanwhile, there is increase in violence comes as the Afghan government and the Taliban are involved in clashes and counter-clashes ahead of the Istanbul Summit. There are increasing concerns from human rights group about civilian casualties in the country.