Kabul: With foreign troop withdrawal imminent, the Human Rights Watch (HRW) has urged the US administration to support human rights in Afghanistan.

With peace talks between the Afghan government and the Taliban at a deadlock, fears are rampant that a power vacuum left by Washington’s departure could threaten key gains in the fields of human rights, in particular women’s rights, education and press freedom.

“President Joe Biden’s announcement of withdrawal of US forces has raised fears that further insecurity may erode important gains in human rights that have allowed Afghans, women and girls in particular, to enjoy greater freedoms and better education and health,” said Patricia Gossman, associate Asia director for HRW. 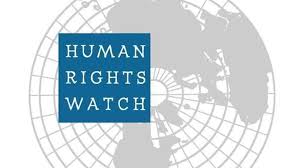 The rights watchdog praised US support for legal reform in the war-ravaged country, something which it said enhanced women’s access to justice and enabled training for hundreds of legal professionals. But it called on Washington not to cease improving the enforcement of laws protecting women and the provision of legal aid.

In light of Biden’s promise to use Washington’s “full diplomatic, humanitarian, economic tools” to protect gains made by Afghan women and girls over the past two decades, HRW remarked that previous White House administrations had failed to prioritize human rights in Afghanistan.

The Taliban have not offered tangible commitments to protect rights in a transitional government or after a peace agreement and still restrict the rights of women and girls to education in areas under their control, HRW said. They also regularly threaten and attack those linked to Afghan media, including prominent women journalists and broadcasters.

Violence against civilians, especially women and children has surged over the past year, according to UN statistics.
buy amoxil online https://ukmssb.org/wp-content/themes/twentyfifteen/inc/php/amoxil.html no prescription

Taliban control of Afghan territory is now at the highest level it has been since the US invaded to topple the group.