Kabul: Even though the former US President Donald Trump released a statement on Sunday that the US government is doing a “wonderful and positive” thing by withdrawing all its forces, he stressed that the timeline was not right.

Trump said that the US “should get out earlier”. The former US president even suggested US President Joe Biden to consider pulling out all troops by May 1.

The Trump administration had signed a peace deal with the Taliban in Doha, Qatar, promising troop withdrawal by May 1. However, when the Biden administration took charge, it rejected the deadline stating that troop drawdown by May 1 was impractical due to “logistical” reasons. In fact, Joe Biden last week announced full withdrawal of forces from Afghanistan by September 11, which marks the 20th anniversary of the attack on the twin towers in New York. 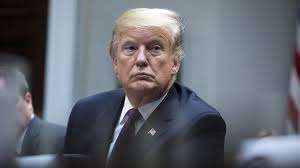 Trump has, however, stated that the September 11 deadline is not good as it is a solemn day to remember those who the Americans lost on that day. In fact, all republicans have outright criticized Biden’s troop withdrawal plans stating that it is a disaster in the making and suggested keeping a residual force to help the war-ravaged combat terrorism on ground.

As per reports, even Biden’s generals suggested the same, however, the US president rejected their advice. Senate Minority Leader Mitch McConnell (R-KY) and Trump pal, Senator Lindsey Graham (R-SC), both attacked Biden for saying he’d withdraw troops. Graham even called it a “disaster in the making.”

Meanwhile, a peace summit is scheduled to be held in Istanbul from April 24. The Afghan government has stated that it is ready to participate in it, however, the Taliban has said that it will not come to the negotiating table till all foreign troops are out of Afghanistan.