Kabul: Afghanistan was a point of discussion when Indian External Affairs Minister S Jaishankar and his American counterpart Anthony Blinken spoke to each other via the phone on Monday.

“Had a warm and productive conversation with Indian External Affairs Minister Dr S Jaishankar to reaffirm the importance of the US-India relationship. We discussed regional security issues of mutual concern in Afghanistan and global challenges such as climate change,” Blinken said in a tweet.

The two leaders agreed for frequent coordination in support of a lasting peace and development for the people of Afghanistan, State Department spokesperson Ned Price said. 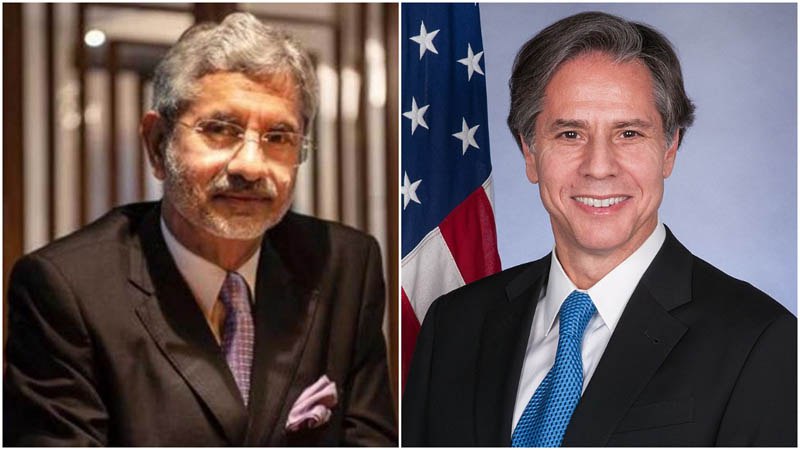 Earlier, Jaishankar had said that the future of Afghanistan should not be a return to the past and there is a definite need to ensure double peace in the country. Even General Bipin Rawat, India’s Chief of Defence Staff, told a security conference that the worry was that “disruptors” can step into the space created by the withdrawal of foreign troops from Afghanistan. He declined to name the countries that could act as disruptors.

US President Joe Biden has said that troops will be withdrawn from Afghanistan starting May 1 to end America’s longest war by September 11, rejecting calls for them to stay to ensure a peaceful resolution to that nation’s grinding internal conflict. According to Biden, the United States will not leave Afghanistan in a hurry, but responsibly and in coordination with its allies. The US president said that Washington will continue to assist Afghan security forces after the withdrawal. He, at the same time, called on Pakistan, Russia, China, India and Turkey to “support” Afghanistan, adding that these countries “have a significant stake in the stable future” of the war-torn country.