Kabul: At a ceremony on Governance and Human Resources Week on Tuesday, Nader Naderi, chairman of the Independent Administrative Reform and Civil Service Commission, said that the recruitment process for 11,000 teachers in Afghanistan has begun.

Faiz Mohammad Katib High School students in western Kabul took to the streets on Tuesday to protest the shortage of teachers and textbooks. The announcement of the posts would be done in two phases- in the first stage, teaching positions related to 21 provinces of the country will be competed and in the second stage, teaching positions of other provinces will be announced.

So far, 51,000 teachers have been hired through free competition, 30% of whom are women, added Naderi. 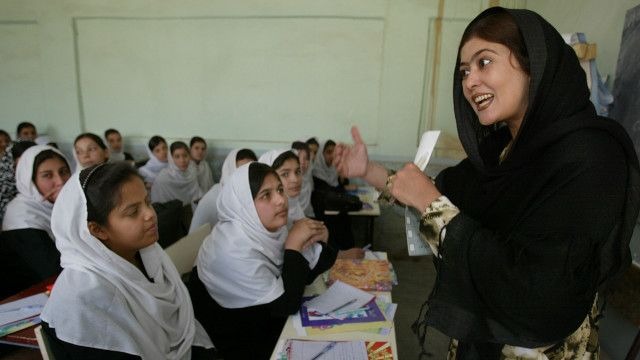 Kazem Tabesh, head teacher at Faiz Mohammad Katib School, said that the school had 16 formal teachers and nearly 9,000 students. Such a gap was filled was paid teachers, however, this year, students are facing a shortage of teachers and textbooks because the Ministry of Education has not approved the recruitment of paid teachers.

On Monday, a number of students of the Sayyid al-Shuhada girls School in the Cheheldokhtaran district of the PD13 protested against the lack of teachers and textbooks.

Meanwhile, schools in western Kabul are facing a shortage of 1,375 teachers. It is estimated that about 30,000 students study in schools west of Kabul.