The objects have been linked to antiquities dealer Subhash Kapoor, from whom US authorities have recovered more than 2,500 relics from all over the world at a total estimated value of $143 million. The ceremony was attended by Afghan ambassador to the US, Roya Rahmani, as well as acting special agent in charge Eric Silverman of the U.S. Department of Homeland Security. 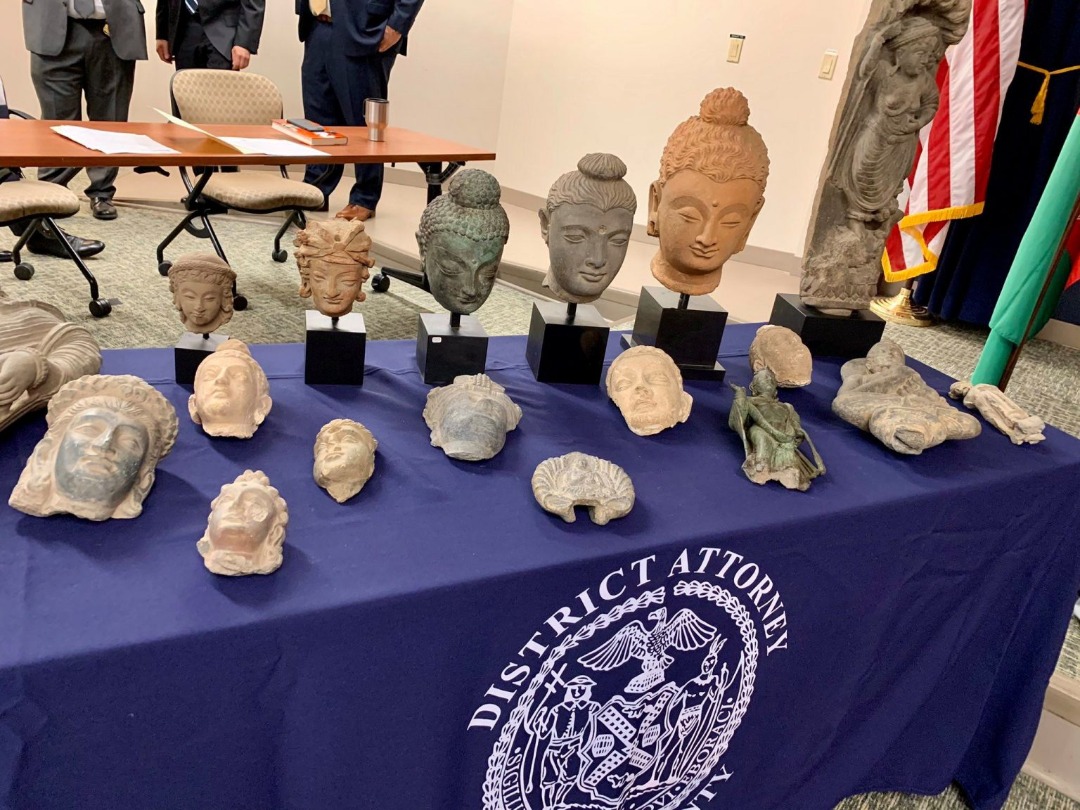 “The preservation of Afghanistan’s heritage and history is paving the path for civilization and society to grow,” Rahmani said, calling the recovered pieces “irreplaceable pieces of Afghanistan’s diverse culture and rich history”.

“Crimes of culture involving looted and stolen religious relics, like the two dozen Buddhist statues being repatriated to the people of Afghanistan, not only tear at the societal fabric of nations, but also deprive millions of believers worldwide of the earlier sacred symbols of their faith,” Vance said in a statement.

He added that since last August, his team has repatriated 338 stolen objects to seven countries.