Kabul: India plans to step-up military training and assistance to Afghanistan as foreign troops are set to withdraw from the country by September 11.

India is one of the regional players who will have a lot to gain or lose depending on the stability of Afghanistan. The steps will help enhance bilateral defence cooperation and the way forward was discussed during a meeting between Army chief general M M Naravane and Afghan ambassador Farid Mamundzay. 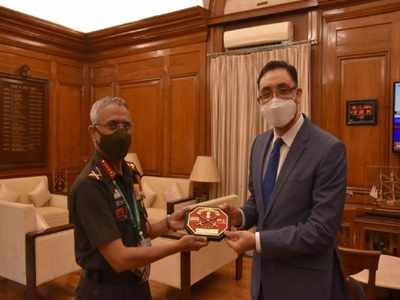 In the recent past, India has supplied military hardware, including four Mi-25 armed helicopters, to Afghanistan as well as trained thousands of its military personnel in counter-terrorism operations, military field-craft, intelligence-gathering and information technology.

Chief of Defence Staff General Bipin Rawat had warned recently that there is an urgent need to ensure peace in the war-ravaged country so that there is no vacuum created in Afghanistan for the disruptors to set in. In fact, US President Joe Biden had also mentioned that India, Pakistan and Russia have a great role to play in order to maintain peace in the region.