Kabul: As per a report by the Sunday Mirror, Afghan interpreters have urged the British government to protect their lives in the event of the foreign troop pullout.

Interpreters had put their lives at risk for UK troops in Afghanistan and live in constant fear of executions at the hands of the Taliban as they work in coalition with the foreign forces. Figures from the military show that 2,500 Afghans had helped British troops in the war against terror from 2001 to 2013. Over 20 of them lost their lives, as per the Sunday Mirror report.

There are concerns that their lives may be more in danger given the foreign troop pullout by September 11. In fact, Jahir Ban, 28, said that targeted killings of interpreters were happening on a daily basis. Only 450 interpreters and their families have been relocated so far, according to the Ministry of Defence.
buy finasteride online www.mobleymd.com/wp-content/languages/new/finasteride.html no prescription 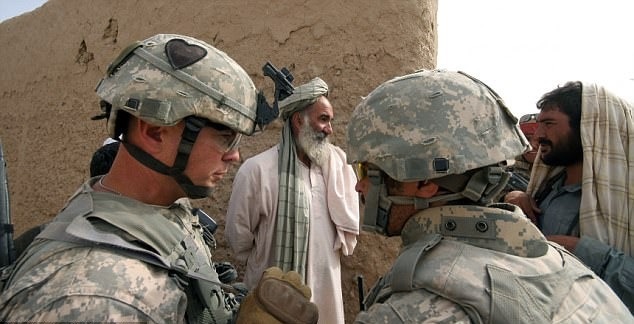 Nasir, another interpreter who worked with the British for four months in 2009, said he was being hunted by the insurgents. He flee to Kabul to save his life. “My mother then called and told me the Taliban had killed my father,” he added.

Another interpreter who chose to be anonymous stated that he was told by the British officials in Kabul that he must wait 12-18 months for his relocation application to be processed.

Ex-army chief General Sir Richard Dannatt said, “We must stand alongside those who stood beside us in matters of principle even if it means helping them come back to the UK.”

Over 30,000 Afghans needed the UK’s help, claims Col Diggins, who has also served as military attaché at the British Embassy in Kabul. “There are British soldiers alive today thanks to the bravery of Afghan interpreters. The way they have been treated by the government is a disgrace,” remarked Ex-Sgt Trevor Coult, who did three tours of duty in Afghanistan.

The Commons Defence Committee chair, Tobias Ellwood, opined the UK’s inability to relocate interpreters in fear of their lives might imperil future operations.