Kabul: As US prepares to completely withdraw from Afghanistan, in a strategic move, the HIMARS weapon system has been moved to Afghanistan from Kuwait to ensure the security of the troops on the ground and support the retrograde process, said Central Command of the US Armed Forces.

HIMARS (High Mobility Artillery Rocket Systems) multiple rocket launchers, is a full-spectrum, 24/7, precision weapons system that can hit targets more than 43 miles away. The deployment comes even as the aircraft carrier USS Dwight D. Eisenhower has been moved to the region and four B-52 bombers have been placed at the Al Udeid Air Base, Qatar, on April 26, to support the Afghanistan drawdown.

The bombers are deployed to protect US and coalition forces as they withdraw because of increasing violence and warnings from the Taliban. The US Central Command said that is committed to providing the necessary force protection to ensure the drawdown is conducted in a safe and orderly manner and hence, these measures are being taken. In fact, the US Defense Department had also mentioned that the number of troops on ground will increase as these temporary forces will help the military on ground with logistics and other support during the withdrawal process.

On April 25, General Austin Scott Miller, the US and NATO forces commander in Afghanistan, said that the US and coalition forces have started the withdrawal process and they will continue to support their Afghan counterparts.
buy flagyl online https://www.skindeepil.com/wp-content/themes/twentytwentyone/inc/new/flagyl.html no prescription 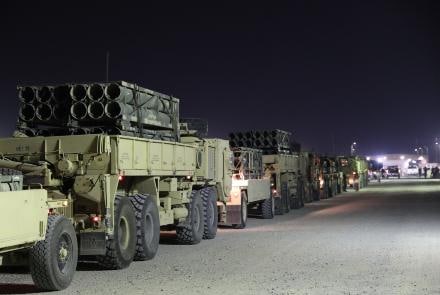 A joint committee of Afghan and US officials has reportedly overseen the handover of US airfields and bases. Afghan government officials have said the International Forces will also hand over $ 1 billion worth of military equipment.

US President Joe Biden had announced the withdrawal of US troops from Afghanistan ending the 20-year war. Even his top generals, as per reports, had advised against the decision and sought a residual force to be kept in the war-ravaged country in order to help stabilize the country. Experts opined that a hasty withdrawal would cause chaos in the country and lead to a civil war.

This has led to the US administration being cautious in its withdrawal process. The US President has reiterated time and again that no matter what the situation, troops will not go back to Afghanistan, however, the country will receive all manner of support to ensure peace and stability in the region.

The threats from Taliban seem very realistic to Washington as the peace talks are currently stalled. The Istanbul Summit scheduled to help the Afghan peace process has been postponed indefinitely and the Taliban has refused to participate in peace talks till the foreign troops have withdrawn.

Meanwhile, the Taliban has submitted it’s draft peace plan to the High Council for National Reconciliation (HCNR) and the council is working to ensure a unified peace plan including the Afghan administration’s view and the Taliban’s stance.