Kabul: Russia, US, China and Pakistan or the extended troika have scheduled a meeting for April 30 to discuss the peaceful settlement in Afghanistan and decide on a unified opinion on the advancing the intra-Afghan talks, Russian Special Presidential Representative for Afghanistan Zamir Kabulov said on Wednesday.

“US Special Representative for Afghanistan Zalmay Khalilzad, representatives of Pakistan and China and I will meet on April 30 in a meeting of the extended troika,” he said, adding, “We will be discussing solutions to the current situation in the intra-Afghan negotiations. We will be trying to work out a common position to give an impetus for the talks to take place.” 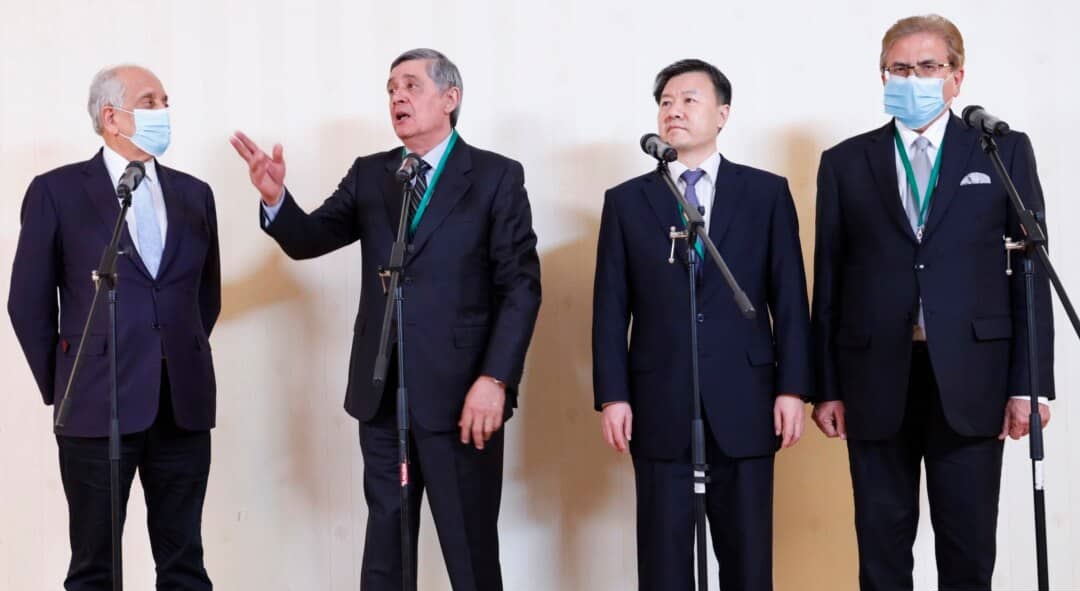 Earlier on March 18, the extended troika had held talks with the participation of Russia, China, the United States and Pakistan as well as representatives of the Afghan government and the Taliban (banned in Russia), Afghan politicians, Qatar and Turkey.

The next step in the Afghan peace process is the Istanbul conference, which for now has been postponed indefinitely. The Afghan administration is ready with a unified plan and the Taliban too have submitted their draft plan. However, all this comes even all foreign troop withdraw has started from the war-ravaged country.