In a press conference held in Kabul, the parties said that they welcome the Turkish Summit and will participate with a common agenda. They expressed hope that the meet will lead to a reasonable solution to end the war. The Turkish Summit is scheduled to take place in Istanbul in April. 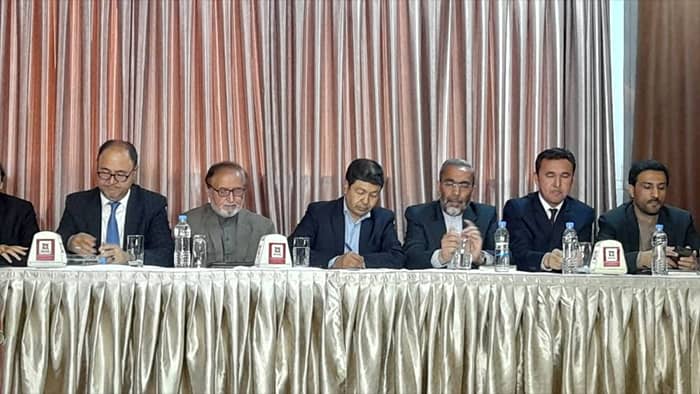 “We, the political parties, have made peace, a national priority, and strongly support any attempt to end the war and achieve a lasting stability,” read a statement from the parties.

Homayoun Jarir, a member of Hezb-e-Islami led by Gulbuddin Hekmatyar, who spoke at Saturday’s press conference, said that all individuals and political parties attending the Turkish Summit must reach an agreement on key issues before the Summit.

He said that the influential political parties are also trying to negotiate with the Taliban and the Afghan government to find a common vision for ending the war.

The political parties also called on other factions and political figures to align themselves with the influential parties and support the opportunity to bring peace in the country. “We must not allow some circles to challenge the national peace process for their own personal gain,” the statement added.

The meeting is an initiative of the United States and is chaired and led by the United Nations. The meeting will discuss the political future and transfer of power in Afghanistan.