The protesters seek compensation from the government and the governor of Herat province assured protesters that “all aspects of the incident will be addressed”, and asked them to not block the highways.

Hundreds of trucks carrying gas, oil and commercial goods were gutted in a fire at Islam Qala Customs office last month and the customs infrastructure was severely damaged. “At least 1,254 vehicles worth $50 million were destroyed in the fire. We will not stop the protest at Islam Qala customs and Herat-Turghandi highway until the government compensates the losses,” said protest representative Basir Arian.

Meanwhile, Herat Governor Wahid Qatali said that the delegation had assessed the damage and shared the result of its investigation with the Afghan government leadership.
buy wellbutrin online https://galenapharm.com/pharmacy/wellbutrin.html no prescription

The governor of Herat claimed that the government had rushed to the aid of the victims since the incident was first reported. 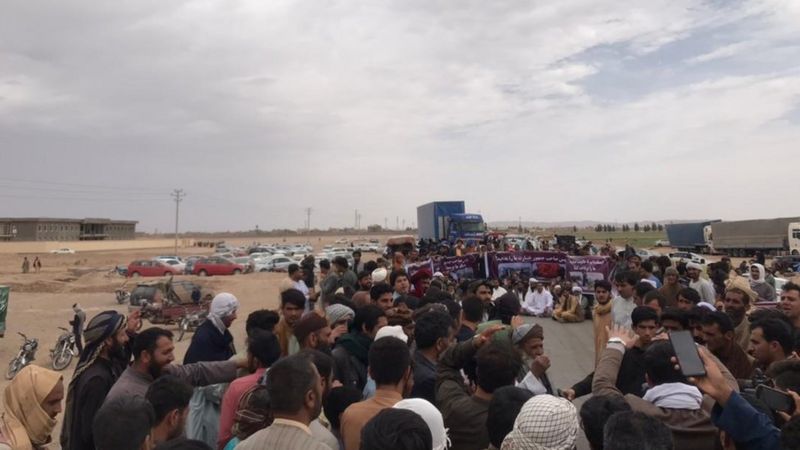 Qatali called the protest a right of the victims, but said that traffic on these roads should not be affected. “Due to the Islam Qala customs fire, enough of Afghanistan has been damaged and people should not suffer from road closures again,” he added. The governor of Herat promised that the results of the cabinet’s assessment would be announced “as soon as possible”.

However, some protesters said they had struggled for years to buy a truck which had been destroyed in the fire. They alleged that corruption was the reason behind the fire at Islam Qala Customs. Arian added that the victims have not received a “single Afghani in compensation” since the delegation from Kabul visited them last month.

Recently, Mohammad Khalid Payenda, acting Minister of the Ministry of Finance, said that Amrullah Saleh, the first vice-president, had taken responsibility for addressing the incident. He added that the government delegation that went to Herat had also submitted its final report to the presidency and that they would take a decision soon.