Kabul: At least one member of the security forces has been killed and four others were wounded when an army vehicle was the target of an IED in Qarabagh district in Kabul on Monday morning, police officials said in a statement. 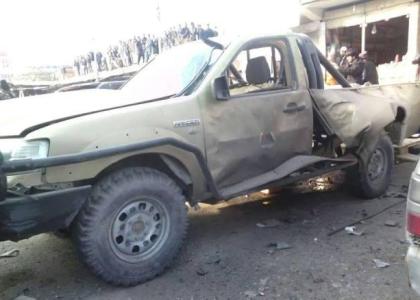 Police officials added that the explosion took place at Sabz Sang village in Qarabagh district at 7am. So far, no group has claimed responsibility for the attack.

“The security forces discovered another mine and defused it,” police officials added.
Earlier, in a car bomb attack on Sunday, at least three security force members were killed in Paghman district.