Kabul: The US Special Inspector General for Afghanistan Reconstruction (SIGAR) in a report released last month stated that 40 to 60 percent of the Taliban’s revenue is from narcotics.

The US watchdog in its report cites a meeting with Resolute Support officials in February 2018, saying that “a senior official from the Resolute Support Counter Threat Finance Cell estimated that between 40 to 60 percent of the Taliban’s revenue comes from narcotics trafficking”.

The Taliban rejected their involvement in the drugs and narcotics trade, but Afghan officials said the group has been involved in the illicit business.

SIGAR also quoted a UN report saying that Afghan officials estimate Taliban income from narcotics between June 2018 and June 2019 to be approximately $400 million. The primary sources of income for the Taliban remain narcotics, illicit mineral and other resource extraction, taxation, extortion, the sale of commercial and government services and property, and donations from abroad, SIGAR says. 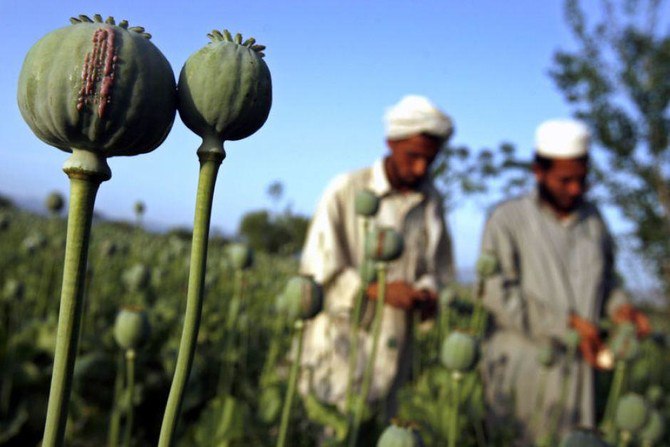 According to SIGAR, the UN report also notes that the Taliban now controls all aspects of narcotics production, which likely indicates that their total revenues are even higher.

SIGAR quoted a UN Security Council report from June 2019 stating that the Taliban continue to adapt and expand their ability to maintain and generate financial revenues to support their operations.

The watchdog says that Afghanistan is the world’s largest producer of opium and the source of more than 90 percent of the world’s heroin.

Since 2001, the United States has allocated more than $8 billion to fight opium production and trafficking in Afghanistan, the report says.