Kabul: Peace is built by support of all the people of central regions and both sides should make sacrifices to ensure peace in the country, said Mohammad Karim Khalili, leader of Islamic Unity Party of Afghanistan said on Tuesday at the death anniversary commemoration event of Abdul Ali Mazari in Bamyan province

Khalili added that the Islamic Emirate is irreversible and the current situation is not acceptable for the Taliban. 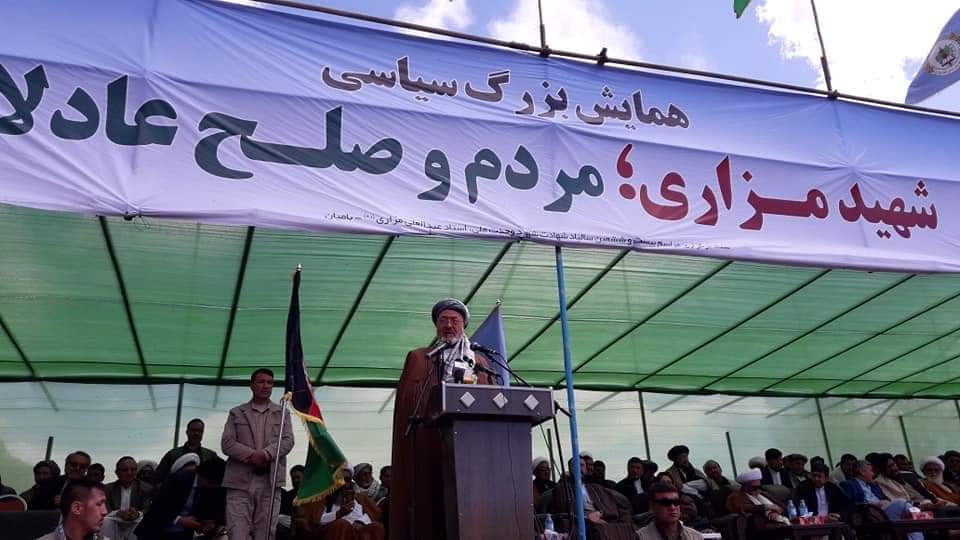 He stated that peace must be just and inclusive. “Imposed peace is not acceptable to anyone or any ethnic group in Afghanistan. The world should know, we will stand against the imposed peace. If peace is not just, Afghanistan will face crisis and conflict again.”

Peace in which the position of all influential ethnic groups and parties is not considered will not be acceptable, added Khalili.

Khalili stressed that no effort should be spared for peace and no one should stand in the way of peace and the future system must be based on the people’s vote.
buy cipro online https://clinicaorthodontics.com/wp-content/themes/twentynineteen/inc/new/cipro.html no prescription