Kabul: President Ashraf Ghani on Tuesday described his plan for peace at a meeting at the Presidential Palace.

No further details were released to the media by the Presidential Palace about the plan. 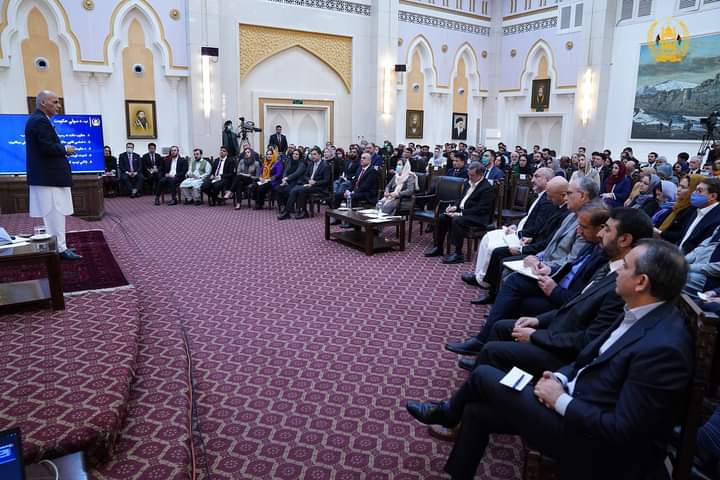 Ghani’s plan, as previously reported in the media, is in three stages. The plan is likely to be presented at the Istanbul Summit.

According to Ghani’s plan, the political agreement and the ceasefire are part of the first stage and establishment of a peace government is in the next stage.

Likewise, peacebuilding, state-building and market-building are in the provisions of the President’s plan.

This plan is under consideration in the High Council for National Reconciliation, like other plans.