Kabul: Roshan Telecommunication Company on Wednesday has objected to the decisions of the Afghanistan Telecommunications Regulatory Authority (ATRA) while rejecting the allegations wherein ATRA accused the company of repeatedly violating the law and the terms of the license, violations, operational violations and incorrect financial reporting, as well as non-payment of loans.

Roshan Company has denied the allegations made by ATRA’s management regarding violations, misrepresentation, and has said that it has sought legal advice from stakeholders. The decisions of ATRA regarding Roshan Company were made public on Tuesday. The board of directors of ATRA has issued guidance in three cases in the 60th meeting of this board.

Under the direction of the first issue, the CEO, Chief Financial Officer and Deputy Chief Operating Officer of Roshan Company will be fired and other new individuals will be introduced to the ATRA office within a month.

Guideline No. 2 of the ATRA Board of Directors states that the withdrawal and transfer of money outside the account of Roshan Company should be prohibited and that this company should not be introduced to national and international offices in order to carry out major operations and obtain financial cooperation. 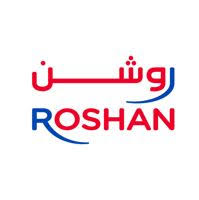 Guidance No. 3 of the Board of Directors of ATRA states that Roshan Company will repay the debts of this Authority within 15 days and provide a schedule to the office of ATRA within seven days for the payment of the contractors’ debts. According to this guidance, Roshan Company’s partners are obliged to meet with representatives of ATRA’s office within three days to find a solution.

The board of the ATRA has emphasized that these decisions have been taken based on the reports of different sections of the office and the complaints of the people against the interruption of telecommunication services in different parts of the country.

According to a statement from ATRA, the purpose of these decisions is to rectify the deficiencies and legalize the company’s actions.

Meanwhile, a statement from Roshan Telecommunication Company stated that it regretted the decision of the Board of Directors of ATRA and its “baseless accusations” against Roshan Company and its employees.
buy avanafil online https://thupload.com/wp-content/themes/twentytwentytwo/inc/patterns/new/avanafil.html no prescription

Roshan Telecommunication Company added that the decision of ATRA Board of Directors regarding this company was issued on March 9 of this year. The company has stressed that discussions are currently underway to resolve the misunderstandings between the two parties, which are mentioned in the decision of the board of directors of ATRA.

On the other hand, officials at the telecommunications company say it is clear that last solar year, despite the problems which companies face, it paid about 3.5 billion afghanis in loans to the government. At the same time, they say that Roshan’s company has “several hundred million afghanis” in charge of ATRA, but it has not mentioned it at all.

According to Roshan officials, ATRA officials do not comply with the Residual Education Act, which authorizes the finance minister to give companies up to ten years in installments to pay off their loans.

Roshan Telecom officials also say that investing in Afghanistan is very difficult without a legal framework and legal immunity.