Kabul: Russian Foreign Minister Sergey Lavrov, who is in Islamabad, appreciated the role of Pakistan in the peace process of Afghanistan on Wednesday.

He said that Russia expects that the meeting of the extended ‘Troika’ on March 18, 2021 will give a necessary impetus to the Intra-Afghan negotiation and active role of Pakistan in the preparation of this event is appreciable.

“We note the active role of the Pakistani side in the preparation of this event. Moscow also hosted separate meetings between the Afghan delegation (headed by the Chairman of the High Council for National Reconciliation Abdullah Abdullah) and representatives of the Taliban.
buy amitriptyline online https://viagra4pleasurerx.com/dir/amitriptyline.html no prescription

We consider it important that both sides speak in favour of intensifying the intra-Afghan negotiation process,” said the Russian Foreign Minister in an interview. 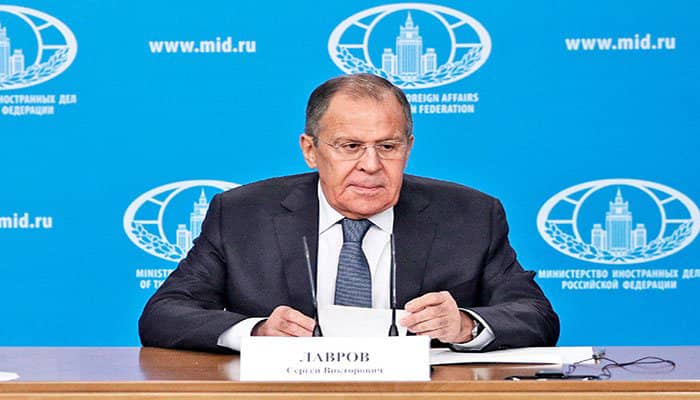 He also added that disagreements between states in any region of the world including, of course, South Asia, should be resolved in a peaceful, civilized manner based on international law, when asked about New Delhi’s participation in the “Quad”.

Lavrov added that in modern conditions there is demand for such multilateral associations, initiatives and concepts which are based on the principles of inclusiveness, collegiality and equality. It is this philosophy that underlies the activities of the Shanghai Cooperation Organization, of which Moscow, Islamabad and New Delhi are members, he said.