“We have agreed to further contribute to creating conditions to ensure that the conflicting sides achieve constructive solutions, which will allow them to end the civil war in Afghanistan through the agreements on forming inclusive power structures,” Lavrov said.
buy ventolin online https://bereniceelectrolysis.com/images/photoalbum/jpg/ventolin.html no prescription

According to Russia’s top diplomat on his second day of his trip to Islamabad, terrorists are gaining ground in northern and eastern Afghanistan, arousing concerns of Moscow and Islamabad. It was the first time a Russian foreign minister had visited Pakistan in nine years and it comes at a sensitive time for Afghanistan with peace talks making little headway and a deadline looming for the United States to withdraw its forces. 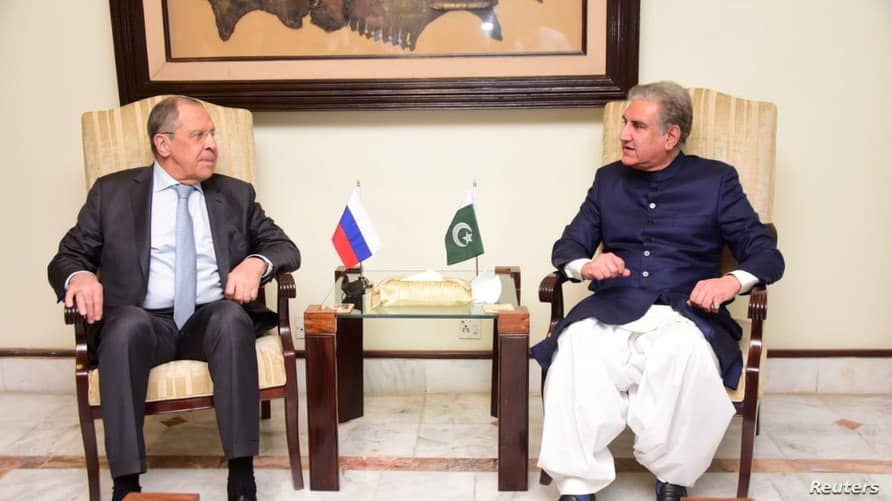 As per Pakistan ‘s Foreign Ministry both the countries agreed to cooperate more there so that all sides can reach an agreement and that the war can be resolved through negotiations. Russia had hosted an international conference on Afghanistan in Moscow last month at which the participants, including the United States, China and Pakistan, issued a statement calling on the warring Afghan sides to reach a peace deal and curb violence.

Meanwhile, Lavrov also met separately with Prime Minister Imran Khan and Chief of Army Staff General Qamar Javed Bajwa on Wednesday noon, but the media has not yet been informed about the meeting.