Kabul: At least 2,490 tons of honey had been produced in the capital and provinces, as per statistics released by the statistics of the Department of Statistics and Information of the Ministry of Agriculture on Thursday.

The ministry added that Paktia, Nangarhar, Khost, Herat, Laghman, Badakhshan, Kunduz and Bamyan are the most important honey-producing provinces. 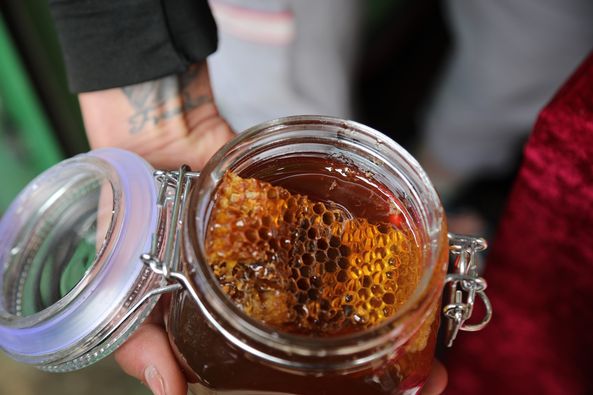 According to the Ministry of Agriculture, there are currently 6,757 large and small bee-keeping farms in the country, most of them are located in Badghis, Herat, Badakhshan, Paktia, Kunduz, Daikundi, Bamyan, Logar, Sar-e-Pul, Farah, Maidan Wardak, Kapisa, Takhar, Baghlan and Khost provinces.

The ministry said that one kilogram of pure honey sells for 500 to 2,000 afghanis in the domestic market, depending on the type of honey.