Kabul: The Ministries of Interior and Defense have announced that hundreds of special forces have been sent to Herat province to suppress the Taliban.

Interior Ministry spokesperson Mirwais Stanekzai said in a tweet that the ministry’s senior deputy minister had left for Herat province with newly recruited units. Fawad Aman, the deputy spokesman for the Ministry of Defense, also wrote on his Facebook page on Sunday that the forces will increase offensive operations in the suburbs of Herat city.

Meanwhile, the Taliban are gaining ground in the Guzara district of Herat. Currently, the Pul-e Malan and the Pul-e Pashtun near the city of Herat have become the front lines of the war. On Saturday, Mohammad Ismail Khan, commander of the people’s uprising forces against the Taliban, criticized the Ministry of Defense for delaying the deployment of new troops. He called on the government to send more troops to Herat.

Residents of Herat are concerned about the possible fall of the city to the Taliban. The residents are calling on the government to push the Taliban away from the city’s security belts. Currently, 17 districts of Herat are completely under the control of the Taliban, and this group also controls a large part of Guzara district. In fact, a number of Herat residents have prepared a plan for the ceasefire. This plan was prepared during the intense clashes in the city and suburbs of the capital of Herat province. Residents of Herat said that the province is at risk of house-to-house clashes, and if war continues, poverty, unemployment, overcrowding and internal migration, and irreparable damage will be inflicted on the people.

In this way, the people of Herat have demanded a ceasefire between the government and the Taliban. According to the plan of the residents of Herat, a ceasefire should be established in the city and districts and the two sides should refrain from attacking each other’s positions until a major political and intra-Afghan agreement is reached. 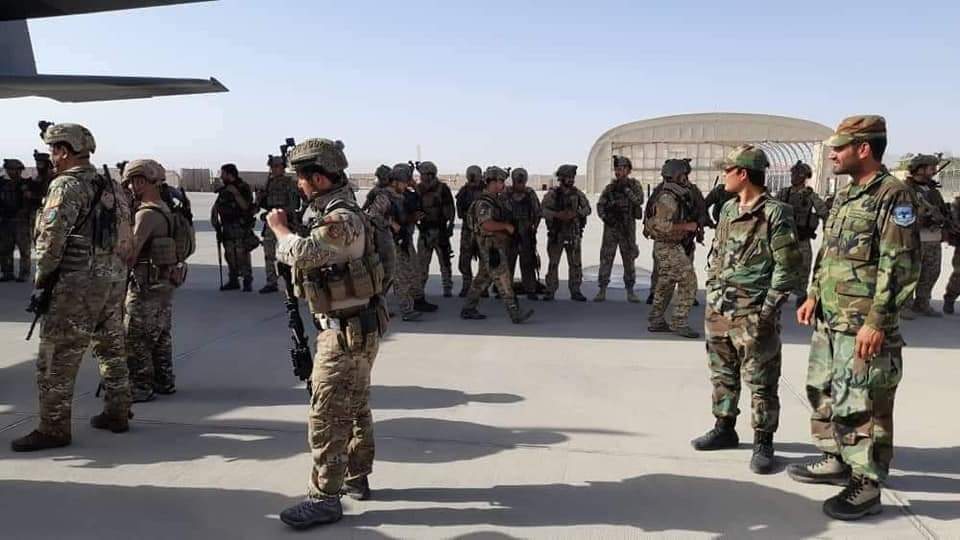 The plan of the residents of Herat states that the security of the people and the means of transportation in the areas under the control of both parties should be ensured. The duration of the ceasefire will be determined according to the plan of the people of Herat until the conclusion of the peace talks. In the end, it was emphasized that the ports of Torghundi and Islam Qala should remain open under any circumstances.

Earlier, a ceasefire was declared in Badghis through the mediation of local elders and people. For the past two days, the Taliban have launched a series of large-scale attacks on the city of Herat. The Interior Ministry said the attacks were repulsed by security forces.

The Acting Minister, while visiting the members of the reserve strike battalions, called them heroes and fighters of the right path and said that they are facing the terrorist groups that are supported by foreign countries. He called the establishment of the mentioned battalions effective in providing security and issued the necessary instructions to the members of these battalions.

Meanwhile, Kapisa police forces arrested a man in connection with the assassination of Freshta Kohistani and her brother from Kapisa province. The person was arrested on Saturday in a targeted operation of the ANP forces from Deh Naw area of Hese Dowom district of Kapisa district. Freshta, a social and civil activist, was killed by terrorists in the capital of Kapisa province last year.

According to Zia, he was shot dead by Taliban fighters in the Dashte Abadan area of Kunduz on Saturday. Meanwhile, since Sunday morning, social media users have been posting a video, according to which the traffic police was shot by a fighter affiliated with the IS-K group. However, the deputy interior ministry spokesman said the traffic police had been abducted in a Taliban-controlled area and that the Taliban were the main culprits. The Khorasan branch of ISIS claimed responsibility for the incident; but the Taliban have not yet commented on it.

Meanwhile, in a related news, Amrullah Saleh, the first vice-president, has said that confidentiality and operational security are one of the foundations of war, but the use of Facebook in matters of war and security has become one of the great weaknesses of the Islamic Republic of Afghanistan.

Saleh wrote in a note on his Facebook page on Sunday, that social networks have severely overshadowed the privacy and security of the operations. According to him, the price of this recklessness and arbitrariness is borne by the brave and faithful youth on the battlefield.

Saleh added that appearances and popularization reduce the spirituality and toughness of activities. He expressed the hope that the experienced personalities would respect the privacy and operational security. Saleh said that you should realize that every word you say has a friend and an enemy audience.