“A delegation of Afghanistan, led by Dr Abdullah is in Doha and is scheduled to attend a meeting at the level of Special Representatives for Afghanistan,” said Fraidoon Khwazoon, HCNR spokesperson said, adding that the delegation will deliver its message to countries in the region and the world.

A three-day meeting is scheduled to be held in Doha with representatives of the Afghan government and peace partner countries. “The meeting is aimed at coordinating with the countries involved in the Afghan peace process, accelerating peace talks and ending the ongoing violence in the country,” the source was quoted as saying. Representatives of the Taliban are also expected to attend the meeting.

This comes even as the United States envoy on Afghanistan, Zalmay Khalilzad, “will press the Taliban to stop their military offensive” at talks in Qatar’s capital this week, the State Department announced after the armed group seized a string of provincial capitals. “Ambassador Khalilzad will be in Doha to help formulate a joint international response to the rapidly deteriorating situation in Afghanistan,” the department added in a statement on Monday.

The State Department said that several planned rounds of meetings were scheduled over three days to discuss the situation in Afghanistan. Representatives from countries in the region and beyond as well as from multilateral organisations “will press for a reduction of violence and ceasefire and a commitment not to recognise a government imposed by force”. “A negotiated peace is the only path to ending the war, and the United States will continue to work with all parties and with regional and international stakeholders to advance a consensus on a political settlement.”

Meanwhile, President Mohammad Ashraf Ghani spoke via the telephone on Monday afternoon with a number of security and defense officials and district governors. The President, while examining the general situation of the areas in which the above-mentioned officials are serving, praised the courage and sacrifice of the security and defense officials in defending the country and confronting the enemy. On the other hand, the mentioned officials and district governors assured the President that they are ready to defend the republic, territorial integrity and national status in any situation and will continue their struggle to achieve this sacred goal until the last moment of their lives. 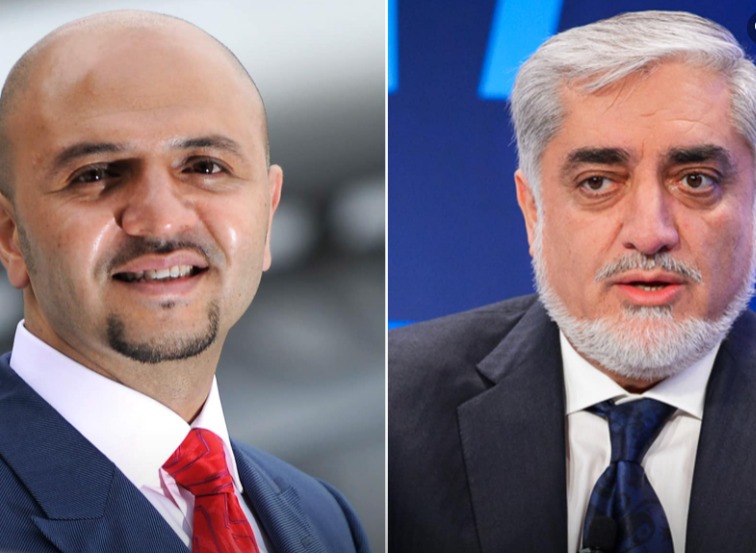 Also, a security meeting, chaired by President Ashraf Ghani, discussed the country’s general security situation and food security. In this meeting, which was held on Monday evening in the Presidential Palace, first in the presence of representatives of the private sector, food safety was discussed and the problems of the mentioned sector were heard and the necessary decisions were made. Then, the private sector was thanked for providing raw materials and it was emphasized that their problems will be solved. Also in this meeting, the general security situation of the country, especially the cities and areas that are under attack, was discussed and the necessary decisions were made in the defense of the cities and areas, equipping and sending troops and ammunition, the necessary instructions.

The meetings with political leaders comes to discuss their decision to form a command center for public uprising forces in the fight against the Taliban. The discussions focused on the details of the plan, sources told Tolo News. The decision was made in a meeting of political leaders with President Ghani on Monday. The meetings that followed the leaders’ session included Ghani’s meeting with former vice-president Mohammad Karim Khalili, Second Vice-President Mohammad Sarwar Danesh, presidential adviser and head of People’s Islamic Unity Party of Afghanistan Mohammad Mohaqiq and a senior member of Hizb-e-Wahdat, Sadiq Mudabir, who all have an influence on central parts of Afghanistan, sources said.

More meetings are expected to occur between President Ghani and political leaders from various parts of the country to discuss the details of mobilizing public forces under the command center, sources said. Monday’s meeting was also attended by Marshal Abdul Rashid Dostum, the former vice-president, who was reportedly one of the political figures to have suggested the plan. Some politicians showed their support to a move to mobilize public uprising forces against the Taliban, saying it will prove effective in boosting unity in the fight against the group. However, they expressed their concern over a lack of healthy management of the resistance forces. “The move by the government for public mobilization is good, but the practical framework should be reviewed. The public forces should follow guerrilla warfare,” said Abdul Hafiz Mansour, a member of the negotiating team of the Islamic Republic of Afghanistan.

Also, President Ghani also met with UN Special Representative for Afghanistan Deborah Lyons. During the meeting, which took place at the Presidential Palace, while discussing the general situation in the country, concerns were expressed about the escalation of violence by the Taliban. Lyons said the escalation of violence and attacks by the Taliban is against the spirit of peace and that human rights abuses and civilian casualties should not occur. She also stressed that the necessary steps should be taken to ensure peace in Afghanistan. On the other hand, President Ghani said that the main goal of the Government of the Islamic Republic of Afghanistan is to end violence and war and to establish a just and lasting peace, and that we have taken fundamental steps in this direction.

In other meetings, Abdullah Abdullah, chairman of the High Council for National Reconciliation (HCNR) met with former president Hamid Karzai and the peace process and the current situation in the country were discussed and it was emphasized that there is no military solution to the Afghan problem. Abdullah also met Cihad Erginay, Ambassador of the Republic of Turkey. It was emphasized during the meeting that the escalation of the war and the continuation of Taliban attacks on cities is against the spirit of peace. We also noted that political and jihadi leaders in their recent meeting stressed their unequivocal support for the security forces and the strengthening of the popular resistance forces to defend the country and the system. Erginay lamented the escalation of the war, saying that the world did not support a system that came to power by force and that the only solution to Afghanistan’s problem is to reach a political agreement. The meeting also discussed the current situation in the country, the continuation of peace talks, and the prevention of escalation of wars.

Meanwhile, Iranian Foreign Ministry spokesman Saeed Khatibzadeh has voiced “deep concern” over continued clashes in neighboring Afghanistan as the war between the Afghan government and the Taliban continued to rage on. Speaking at his weekly press briefing on Monday, Khatibzadeh said, “Iran is deeply concerned about the developments in Afghanistan. The Islamic Republic of Iran has always considered the security of Afghanistan as its own security and has used all its facilities and capacities to contribute to the peace, stability, and tranquility of Afghanistan at bilateral, regional, and international levels.”

He added, “In this context, we are ready and willing to pursue the Tehran Peace Initiative to form an inclusive government in a genuine intra-Afghan dialogue, including all the groups that exist in Afghanistan today.”

The spokesman also called on Afghanistan’s neighbors to hold regular and structured dialogue in order to coordinate their efforts, manage the humanitarian issue of war-displaced people, prevent the geography of Afghanistan from being exploited by extremist groups, and help end the war, bloodshed, and fratricide. Khatibzadeh said Iran is ready to facilitate and play host to such a dialogue.

“The Islamic Republic of Iran has hosted millions of its own Afghan brothers and sisters for the past four decades and has never had anything but a kinship view of the Afghan people, and this humane view has always existed and will continue, God willing,” he pointed out.