Shayeq Shorish, head of the Kapisa police headquarters’ press office, told Hashte Subh daily that 11 key Taliban members had been killed in the attacks. According to him, the security forces were not harmed in this operation.

On the other hand, the Women’s United Voice Advisory Group on Peace Policy said that the Taliban’s actions in relation to ” jihad marriage ” should be documented worldwide and the group’s crimes against women should be documented in cooperation with human rights organizations.

“[Afghan women]’s voice must be conveyed to the UN Security Council,” members of the group said in a press conference on Tuesday. The group also stressed on the need to provide protection for women human rights defenders with the support of the Committee to Defend Human Rights in Afghanistan. The group also called for a meaningful presence of women in peace talks. According to the members of this group, so far, the role of women in this process has been symbolic and they have not been given a significant role at the decision-making level.

However, they emphasized that women should be given an “equal share of the same rights as men, including veto power” in peace decisions. Members of Group have called for documentation of Taliban crimes against women, with local officials in a number of provinces saying the Taliban have imposed restrictions on women in areas under their control.

This comes even as the Minister of Justice said that Afghan minors are being taken across the Durand Line under the pretext of Islamic education and are being trained in terrorism. Justice Minister Fazil Ahmad Manawi told a news conference in Kabul on Tuesday that children aged 13 and 14 were often taken to remote areas and districts of Afghanistan by so-called religious scholars with deceptive Islamic teachings and sent to Balochistan, Pakistan; but these children are being trained in terrorist education instead of Islamic teachings. 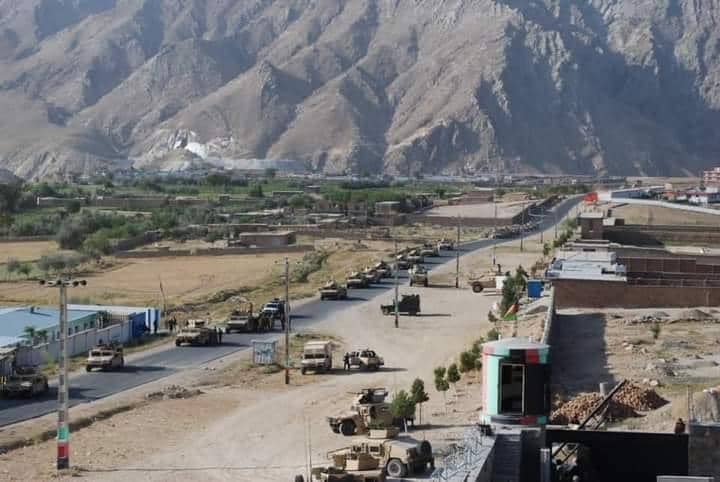 According to him, there are no specific statistics in the field due to the lack of necessary control at the borders; but recently, exactly 13 teenagers who have not reached the age of 18 have been secured by the security forces and are now being taken care at the orphanage. “A number of their families have called and sent their children for Islamic education,” he added. “Most of them are from remote districts of Badakhshan.”

Manawi also confirmed the report of the US State Department on human trafficking in Afghanistan, especially children, and the existence of Bacha Bazi (child sexual abuse) in Afghanistan; but he said war and insecurity hamper government investigations into the matter. He pointed out that based on the report of the Attorney General’s Office in the first quarter of this year, 40 Bacha Bazi cases are under investigation.

“To combat the phenomenon of child trafficking and child abuse, we need a collective struggle in which everyone works together to raise awareness,” the justice minister said. He stated that the Ministry of Justice is trying to prepare a detailed report on these two cases in full detail and will provide it for further action.
Also, CARE said that the drought and hunger crisis are increasing women’s vulnerability in the country. The triple crisis of the economic hardship created by the pandemic, drought and the current insecurity leaves women in an incredibly difficult situation. CARE is deeply concerned that hard-won gains by women and girls are being rolled back. As per CARE statement, “It is imperative that humanitarian agencies are afforded safe, unfettered access to affected communities to continue providing much-needed assistance. Vulnerable groups in Afghanistan need our support at this critical time.”

Meanwhile, Shukria Barakzai, a former Kabul MP and who also served as Afghanistan’s ambassador to Norway in an interview with Independent Persian said that after 20 years, Afghanistan is in a more dangerous place from a political, social and economic point of view which was truly unpredictable. “It is hard to think about all the bloody events that the people of Afghanistan will have to bear even before the US withdrawal is complete,” she said.

Speaking on the Afghan-Taliban peace process, the former member of parliament said, “The articles of the agreement didn’t help the peace process.
buy avana online http://www.tvaxbiomedical.com/pdf/releases/new/avana.html no prescription

The violence didn’t recede and the political process in Afghanistan failed. We’ve seen crimes and atrocities, further destruction of government sites and harming of women, violation of their rights and an assault on democracy. It’s a human catastrophe. The political future of Afghanistan has been put in doubt.” Speaking on the country’s future, Barakzai said: “Afghanistan is currently recognized as an independent and sovereign state with diplomatic relations. But if Taliban come to power, Afghanistan will be marginalized again.”