Kabul: Eight Taliban fighters were killed in a counterattack by security and defense forces in Farah province, as per the Ministry of Interior.

A car bomb through which the group wanted to carry out a suicide attack on was eliminated by the air forces before reaching the target.
Also, Najib Ahmad Najib, a spokesperson for the Khost police headquarters said that a mine planted inside the hospital exploded at around 10:00 a.m. on Tuesday. According to him, one soldier and four civilians were injured in the incident. No individual or group has claimed responsibility for the blast.

During the visit, the Acting Minister of Interior held an extraordinary meeting with the leadership of the police and other security and defense agencies in the province, and after assessing the security challenges to improve the situation, gave the necessary instructions to the officials. In addition, the Acting Minister of the Interior, in a meeting with tribal elders and influential people, assured them that the security and defense forces would suppress terrorist groups, especially the Taliban, given the constant support of the people. On the other hand, he praised a number of members of the police and security forces stationed in Maidan Wardak province for their work and achievements in providing security.

Meanwhile, the Supreme Court of Afghanistan has announced that Qazi Mohammad Salem, the acting head of the primary court in Chahar Asyab district of Kabul province, has been killed in a “terrorist” attack. According to the Afghan Supreme Court, he was shot and wounded on Tuesday last week and died on Monday.

He was born in 1969 in Kabul province and was a graduate of Kabul Sharyat Faculty. Mohammad Salem had been working in the Afghan judiciary since 2002.

This comes even as Russia, Tajikistan and Uzbekistan have completed joint military drills on the Kharb-Maidon range located 20 kilometers from the border with Afghanistan, Commander of Russia’s Central Military District Colonel General Alexander Lapin said.

According to him, “for the first time, the joint force grouping used aircraft, reconnaissance and combat systems and assault troops based on the experience gained in Syria.” Lapin pointed out that the exercise had taken place amid rising tensions in Afghanistan and the threat of terrorist groups entering Central Asian countries. “I am sure that future joint activities will help us strengthen military cooperation and protect our countries from military aggression,” he said.

Tajikistan’s Defense Minister Colonel General Sherali Mirzo, in turn, noted that the three countries had held counter-terrorism drills like that for the first time. Uzbekistan’s Chief of the General Staff Shukhrat Kholmukhamedov also noted that the situation in Afghanistan “requires us to remain vigilant and maintain our combat capabilities.” 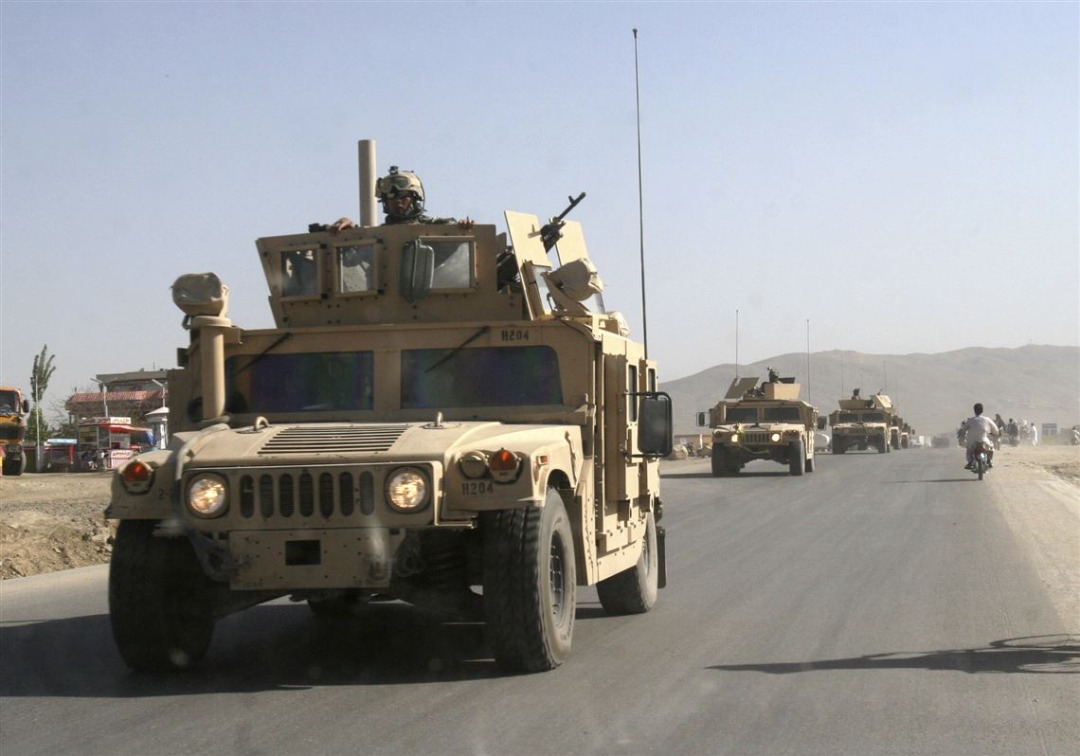 And UN High Commissioner for Human Rights Michelle Bachelet warned on Tuesday that failure to stem the rising violence and commission of human rights violations and abuses is having disastrous consequences for the people of Afghanistan.

“We know that urban warfare results in scores of civilians being killed. We have seen it before, too many times. In Afghanistan, since 9 July in four cities alone – Lashkargah, Kandahar, Herat and Kunduz – at least 183 civilians have been killed and 1,181 injured, including children. These are just the civilian casualties we have managed to document – the real figures will be much higher,” High Commissioner Bachelet said, warning that even before the latest Taliban military offensives on urban centres, the UN had documented a steep increase in civilian casualties.

“Parties to the conflict must stop fighting to prevent more bloodshed. The Taliban must cease their military operations in cities. Unless all parties return to the negotiating table and reach a peaceful settlement, the already atrocious situation for so many Afghans will become much worse.”

Bachelet also urged all States to use their influence – bilaterally and multilaterally – to bring the hostilities to an end. “States have a duty to use any leverage they have to de-escalate the situation and reinvigorate peace processes. The fighting must be brought to an end,” the High Commissioner stressed, noting the peace-related meetings taking place this week in Doha.

According to reports documented by the UN Assistance Mission in Afghanistan (UNAMA) and the UN Human Rights Office, most of the civilian harm is being caused by ground engagements. Airstrikes have also resulted in civilian casualties. In addition, since the start of the May Taliban offensive, at least 241,000 people have been displaced, and the protracted fighting in the cities has resulted in damage to essential infrastructure like roads and bridges, and other civilian objects.

In the areas that have already been captured by the Taliban and in contested areas, Bachelet said the Office was receiving reports of summary executions, attacks against current and former Government officials and their family members, military use and destruction of homes, schools and clinics, and the laying of large numbers of improvised explosive devices (IEDs), including pressure-plate IEDs which function as anti-personnel landmines.

Bachelet reminded all parties of their obligation to take all necessary measures to protect civilians, especially when fighting in populated areas. Directing attacks against civilians is a serious violation of international humanitarian law and amounts to a war crime. Perpetrators of serious violations of international human rights and humanitarian law must be held accountable, she stressed.

The High Commissioner also expressed particular concern about early indications that the Taliban are imposing severe restrictions on human rights in the areas under their control, particularly targeting women. “People rightly fear that a seizure of power by the Taliban will erase the human rights gains of the past two decades,” she said.

“We have received reports that women and girls in various districts under Taliban control are prohibited from leaving their homes without a Mahram, a male chaperone. These restrictions have a serious impact on the rights of women, including the right to health – and clearly, in the midst of a war, the need to access urgent medical care for themselves and their families is a matter of life and death. Hampering a woman’s ability to leave home without a male escort also inevitably leads to a cascade of other violations of the woman’s and her family’s economic and social rights,” Bachelet warned.

Serious curbs on the freedom of expression and the ability of journalists to do their crucial work by both parties are also of deep concern during this time of uncertainty and chaos, the High Commissioner said. “The people of Afghanistan are speaking of their deep fears of a return to the worst of the human rights violations of the past,” Bachelet said. “Women, minorities, human rights defenders, journalists as well as others who are particularly vulnerable need particular protection. There are very real risks of renewed atrocities against ethnic and religious minorities.”

“We will continue to monitor the human rights situation, in spite of security and other challenges, and I urge the international community, including through the Human Rights Council and the Security Council, to take urgent action to prevent further atrocities and to ensure that civilians in Afghanistan do not – once again – have to bear the brunt, and aftermath, of a prolonged and deadly conflict.”

Also, the Afghanistan Journalists Center remains gravely concerned about the wellbeing of local journalists amid a rise in threats and attacks on local media outlets across Afghanistan as well as journalists reporting for international media. “We strongly condemn killing of Toofan Omari and call on the Afghan authorities to identify the perpetrators and bring them to justice and ensure the safe release of journalist Nematullah Hemat,” said Ahmad Quraishi, AFJC executive director “we urge the Afghan government and international community for support for media in the deteriorating climate in Afghanistan as US troops withdraw and fighting between the Afghan army and Taliban militants intensifies.