Kabul: A security source in Badakhshan province confirmed that the city of Faizabad, the capital of the province, had fallen to Taliban fighters.

The source, who did not want to be named, told Etilaat roz daily that the Taliban had taken control of the city at around 11:00pm on Tuesday. He added that a number of security forces had retreated from the city to Kishm district following the Taliban attack. A number of security forces have also dispersed and retreated to the outskirts of the city.

Badakhshan is one of the most insecure provinces in the northeast of the country, where Taliban fighters are active. The group has stepped up its attacks in the province in recent months, and most of the districts in the province are now under Taliban control. The Taliban had intensified their attacks on Faizabad three days ago. The city is the ninth provincial capital to have fallen to the Taliban.

Prior to this, the cities of Zaranj in Nimroz, Sheberghan in Jowzjan, Taloqan in Takhar, Kunduz, Sar-e Pul, Pul-e-Khumri in Baghlan, Aibak in Samangan and Farah city fell to the Taliban. 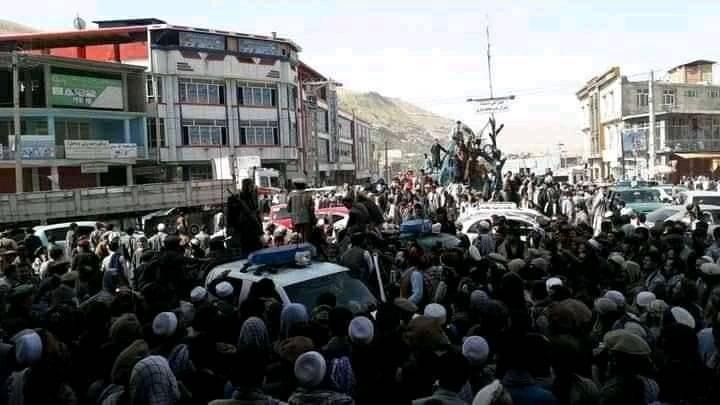 Credible sources in Baghlan told Salamwatandar that the Taliban had on Tuesday evening reached the in Pul-e-Khumri city’s circle, the provincial capital, and had hoisted their flags over the circle. According to sources, the Taliban entered the building of the police headquarters, the governor’s office and the directorate of national security and seized all government offices.

Sources add that the Taliban have begun clearing out government offices. At the same time, all government forces and local officials have retreated to the army brigade in Kilagay, and fighting has begun around the army brigade. The Taliban also said in a statement that the group’s fighters had entered the Pul-e-Khumri city and seized all government offices. Baghlan security and local officials have not commented on the seize.

Also, the Taliban carried out large-scale attacks on Tuesday night to seize the city of Maimana, the capital of Faryab, which was repulsed by security forces. A security source told Salamwatandar that the Taliban had been defeated by casualties. According to the source, eight Taliban fighters were killed and a number of fighters of this group were wounded in the clash, and some of their weapons and ammunition were seized by the security forces.

But, in some forward development, Farah Police has announced that army soldiers have ousted the Taliban insurgents from the governor’s office, however, clashes are taking place in different parts of Farah city. Most parts of central Farah, including the governor’s office, were captured by the Taliban on Tuesday. There were also reports coming in on Wednesday morning that the security forces have managed to recapture Farah city.