Kabul: Security sources confirmed that security and defense forces stationed at the Kunduz airport, retreated from the 217th Pamir Corps and reached the Burka district of Baghlan via the Kunduz-Aliabad public highway with a regular plan, capturing the district.

It is pertinent to note that on Wednesday afternoon, the Taliban had surrounded the Kunduz Airport. Sources added that security forces encountered several Taliban ambushes on the way to Burka, inflicting heavy casualties on the group.

According to him, a number of Taliban fighters opened fire when the car bomb exploded. Rouhani added that the Taliban attack had now been repulsed. According to him, the incident also resulted in casualties, but the exact number has not been determined yet. However, Atallauh Afghan, a member of Helmand Provincial Council, said that according to preliminary statistics, three Taliban fighters were wounded in the attack.

Also, Hasibullah Stanekzai, head of the Logar provincial council, said that Malik Mohabbat, a tribal elder in Mohammad Agha district, had been abducted by the Taliban on Tuesday and that his body had been found today. The Taliban have not yet commented. 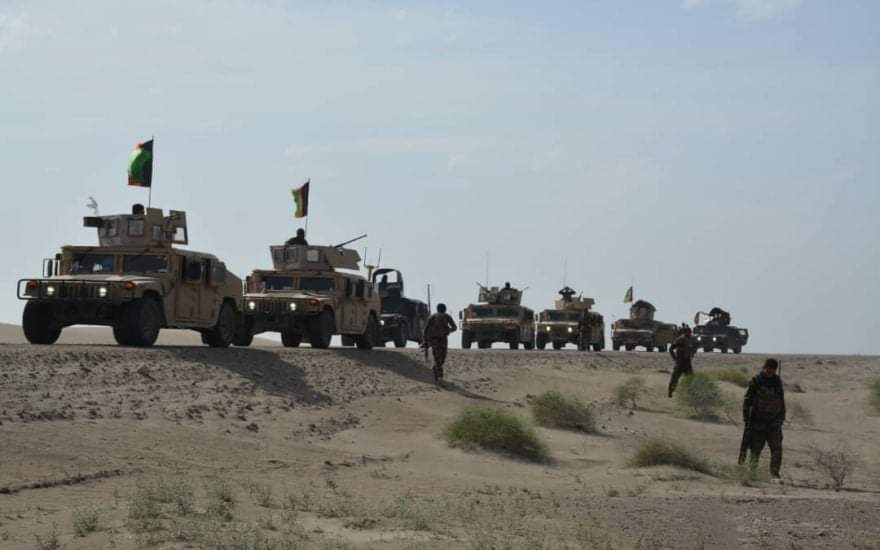 On the other hand, an extraordinary meeting of the Emergency Committee, chaired by Brigadier General Abdul Sabur Qane, Governor of Herat Province, was held at Behzad Gallery, emphasizing on the need to take immediate steps to stabilize the needy, provide assistance and distribute it to the displaced in recent wars. The governor of Herat stressed that the officials need to cooperate with the victims and called on the departments and institutions to mobilize their resources to support the refugees of the recent wars. The governor of Herat emphasized on ensuring transparency in all stages of identifying the needy, attracting aid and distributing it to the deserving.

Under the instruction of the governor of Herat, a committee was set up under the supervision of the deputy governor for social affairs to take appropriate action within a day to stabilize the needy and ensure transparency in the process and take practical steps.

In other news, AJSC has strongly condemned the acts of violence, intimidation and bullying against many journalists in the past two weeks by the Taliban.

On August 1, 2021, Shakib Shams, a local reporter for Salam Watandar, and Satorie Karimi, a reporter for Pajhwok Afghan News were shot at and bullied by the Taliban in Herat province. On August 3, 2021, Maiwand Mirdanei, head of the political programs of Radio and Television Afghanistan (RTA) in Helmand province, was arrested by the Taliban on the road between Helmand and Kandahar and was released after AJSC’s intervention. On August 8, 2021, Sefatullah Zahedi, head of the local radio station Sokun in Helmand was threatened to death by the Taliban-affiliated social media accounts, accusing him of propagating propaganda in favor of the government. Also on the same day, Nematullah Hemmat, the head of Radio Bost in Helmand, was arrested by the Taliban for publishing a report, which accused the Taliban of releasing water of Kamal Khan Dam to Iran. He is still in the Taliban detention.

On August 8, Toofan Omari, the owner, and head of Sada-e Paktia Media Center and a prosecutor was assassinated in Deh Sabz district of Kabul. Although no group has claimed responsibility for the murder, the Taliban have committed similar acts of assassination of prosecutors and journalists in the past. In the latest incident, the Taliban yesterday summoned a number of Takhar provincial journalists and instructed them to tailor their publications based on the instructions of the group, otherwise, facing serious consequences.

AJSC believes that all forms of violence and harassment of journalists are transgression of freedom of expression and stand contrary to the International Covenant on Civil and Political Rights, the Declaration of Islamic Human Rights, and Geneva Conventions. Violence and harassment of journalists are considered an international crime under the Rome Statute.

AJSC said that such violence is in direct contrast to the official statements made by the Taliban leaders. “The continuation of such a situation, in addition to undermining press freedom and journalists’ safety, will further isolate the Taliban among the country’s media community. The Taliban must understand that freedom of expression finds meaning in the presence of criticism, disagreement, and the publication of facts. AJSC urges the Taliban to stop such acts of violence against journalists so that journalists can work in a safe environment free from violence, aggression and bullying. AJSC also calls on the United Nations and the international community to increase their diplomatic pressure on those who violate freedoms of press and expression. These are some of the most significant gains of Afghanistan which need to be protected,” their statement read.
buy zoloft online https://www.ivfcmg.com/newxxx/images/new/zoloft.html no prescription