Kabul: Afghanistan’s government is arming local groups as part of a three-phase plan to push back the Taliban offensive, the Afghan interior minister told Al Jazeera in an interview. Afghanistan Minister of Interior General Abdul Satar Mirzakwal said on Wednesday that Afghan forces are also focusing on trying to secure main highways, large cities, and border crossings after the Taliban seized nine provincial capitals in less than a week.

Mirzakwal, who took charge of the country’s 130,000-strong police force five weeks ago, said the government was supporting local volunteer militias known as “uprising movements”. “We are working in three phases. The first is to stop the defeats [of the government forces], the second is to re-gather our forces to create security rings around the cities,” Mirzakwal said.

“All those soldiers that abandoned their posts, we’re bringing them back to their posts. The third is to begin offensive operations. At the moment, we’re moving into the second phase,” he added. In the last three months, the Taliban has more than doubled the territory it holds and, in the last week, has started to take provincial capitals, seizing nine by Wednesday.

Mirzakwal said a lot of the governments’ defeats were a result of them losing control of roads and highways. Many areas must be resupplied by air and, after the United States began withdrawing its forces, the Afghan government lost a lot of that capability. “Unfortunately, with their withdrawal, the fighting started in 400 areas of the country,” he said. “We have very limited air support, the helicopters have been busy with moving supplies and evacuating our dead and injured forces.” Mirzakwal said the central government is delegating power to local leaders to recruit and arm within their community to fight the Taliban.

“These people have announced their full support to the president and government. They will fight the Taliban along with the government forces,” Mirzakwal said. “There are concerns from the international community about these uprising forces at the moment but all their members will eventually merge into the Afghan National Security Forces.” 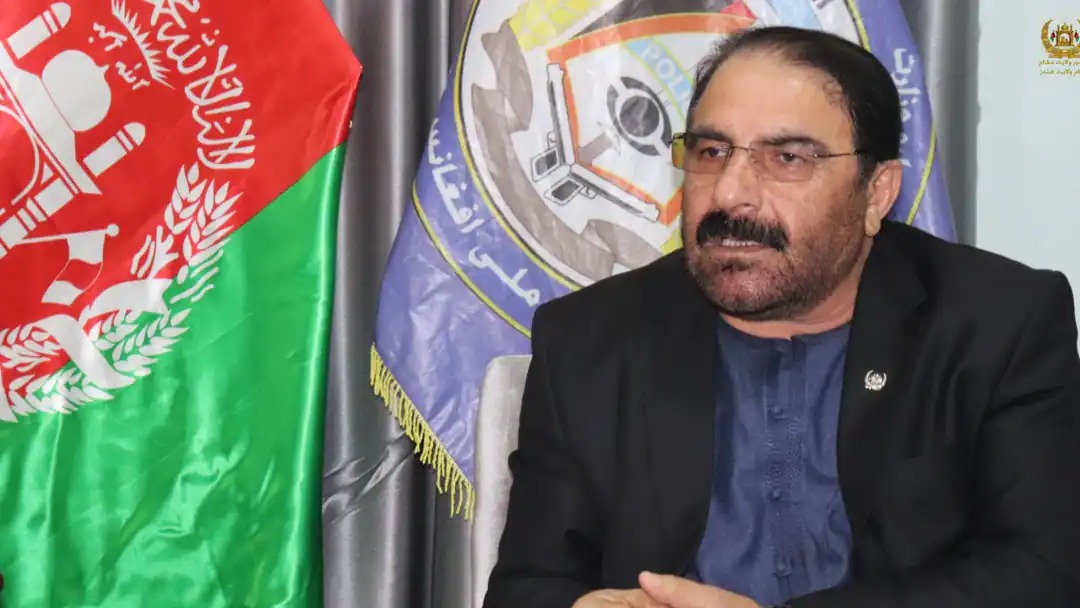 “I am asking the Taliban to stop their brutality. Leave killing. Sit down with love and we should find solutions,” Mirzakwal said. “Let’s come and sit together and make a coalition government, one that would be acceptable to all sides. The sooner we do that, the better,” Mirzakwal said.

With rising violence, our neighbors too are concerned as while speaking to his Afghan counterpart, the Turkish president expressed concern about the escalation of violence in Afghanistan. According to the Arg statement, Recep Tayyip Erdoğan said during a telephone conversation with President Ashraf Ghani on Wednesday that Turkey is cooperating as much as possible to establish a just peace in Afghanistan. The presidents of Afghanistan and Turkey have spoken out as some provinces fell to the Taliban and fierce attacks continue to seize the capitals of several other provinces.

This comes even as two Turkish officials told Reuters on Wednesday that Turkey is for now still intent on running and guarding Kabul airport after other foreign troops withdraw from Afghanistan, but is monitoring the situation after rapid advances by Taliban insurgents. Turkey has offered to deploy troops at Kabul airport after NATO withdraws and has held talks with the United States for weeks. President Tayyip Erdogan has asked it to meet financial, logistical and diplomatic conditions.

“For now nothing has changed regarding the TAF (Turkish Armed Forces) taking control of Kabul Airport. The talks and the process are continuing,” a senior Turkish official told Reuters. “Work is continuing on the basis that the transfer will happen, but of course the situation in Afghanistan is being followed closely,” he said. The Taliban have warned Turkey against keeping troops in Afghanistan to guard the airport but Ankara has maintained its stance. read more

In comments to foreign media in Islamabad on Wednesday, Pakistani Prime Minister Imran Khan said after talks with Turkish Defence Minister Hulusi Akar that efforts would be made to facilitate talks between the Taliban and Ankara. “The best thing is for Turkey and the Taliban to have a face-to-face dialogue. So, both can talk about the reasons why Kabul airport has to be secured,” Khan said. “And so, we will be talking to the Taliban, to use our influence on them, to have a face-to-face talk with Turkey.”

Also, India is set to participate in a meeting of key countries being hosted by Qatar on Thursday to discuss the situation in Afghanistan against the backdrop of the Taliban’s massive offensive that has already resulted in the fall of nine provincial capitals.

People familiar with developments said on condition of anonymity that India will be represented at the meeting in Doha that will also be joined by nations such as Indonesia and Turkey, which is set to take over the security of Bagram airbase. There was no official word on the matter from the external affairs ministry and the people cited above were tight-lipped about the level of India’s participation. The invitation to join the meeting was extended by Mutlaq bin Majed Al-Qahtani, Qatar’s special envoy for counter-terrorism and conflict resolution, when he visited New Delhi last week.

Qatar on Wednesday hosted a meeting of the “extended troika” that was convened by Russia and was joined by the US special envoy for Afghanistan, Zalmay Khalilzad, and his counterparts from Russia, China and Pakistan.
buy tadora online https://www.quantumtechniques.com/wp-content/themes/twentytwenty/inc/new/tadora.html no prescription

On Tuesday, Qatar had hosted a meeting of representatives from China, the US, the UK, Pakistan, Uzbekistan, the UN and the European Union (EU) to assess the rapidly evolving situation in Afghanistan.

The focus of these meetings is on reviving the stalled Afghan peace process amid the Taliban’s campaign of violence and attacks that has already resulted in the fall of nine provincial capitals in just five days – Sheberghan, Sari Pul, Aybak, Kunduz, Taluqan, Pul-e-Khumri, Farah, Zaranj and Faizabad.