“Our priority is peace and dialogue for a kind of political coming. But we also have another duty to defend our country and our people against the growing violence of the Taliban and other terrorist groups,” Faisal said.

Faisal also said that al-Qaeda is fighting alongside the Taliban in Afghanistan. The Taliban have denied any links to al-Qaeda in the past. As insecurity rises and the provinces fall to the Taliban, Javed Faisal, an adviser to the Afghan National Security Council, said Afghan forces would soon retake the lost areas.

Meanwhile, a source in the Shaheen Corps in northern Afghanistan told BBC that the air force had bombed Yatim Taq areas in Jowzjan province on Wednesday night and that besieged forces, including Jowzjan governor Hashem and Yar Mohammad Dostum, had been rescued. Meanwhile, heavy fighting broke out on Wednesday night on the Mazar-e-Sharif defense line around Kode Barq area but the Taliban were unable to advance into the city.

The Afghan Ministry of Defense also announced that the air force had launched an operation in defense of security forces in the Dehdadi area of Balkh province and several other areas, killing dozens of Taliban. The Taliban have not yet commented. On Wednesday, Dostum warned that the Taliban would be defeated in northern Afghanistan. He said the Taliban had come north several times and failed. 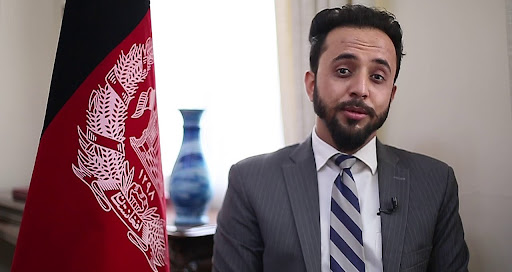 Also, Mahmoud Shah Rasouli, head of the media department at Herat Police headquarters, said that Jassim Noorzai, an employee of the Herat Customs Department, had a verbal argument with a colleague, which led to a physical fight. He added that as a result of the physical clash, Jassim was first injured and died on the way to Iran. According to him, investigations have begun in this regard.

However, in another development, the Taliban on Wednesday denied targeting and killing civilians during an offensive against Afghan government troops, calling for an independent investigation and seeking to assure Afghans that “no home or family shall face any threat from our side.” The group issued a statement after the United Nations said more than 1,000 civilians had been killed in the past month and the International Committee of the Red Cross (ICRC) said that since Aug. 1 some 4,042 wounded people had been treated at 15 health facilities.

Taliban spokesperson, Suhail Shaheen, said in a statement that the group “has not targeted any civilians or their homes in any locality, rather the operations have been undertaken with great precision and caution.” He instead blamed Afghan government troops and foreign forces for any civilian deaths. The United States refuted the Taliban’s denial of responsibility. The Taliban proposed that a team made up of the United Nations, ICRC and other aid groups accompany their representatives “to conduct an impartial and independent investigation into the latest events.”

Meanwhile, Turkish President Recep Tayyip Erdoğan said on August 11 that he could meet with the leader of the Taliban as part of efforts to end the fighting in Afghanistan. Erdoğan made the remarks as he was speaking in a televised interview with CNN Türk. “Our related institutions are making efforts that could extend as far as some meetings with the Taliban. Maybe even I can be in a position to receive the person who will be their leader,” Erdoğan said.

Erdoğan said that he earlier spoke with the Qatari leader and they discussed “where can we stop the steps taken by the Taliban and where can we take a step towards peace.”